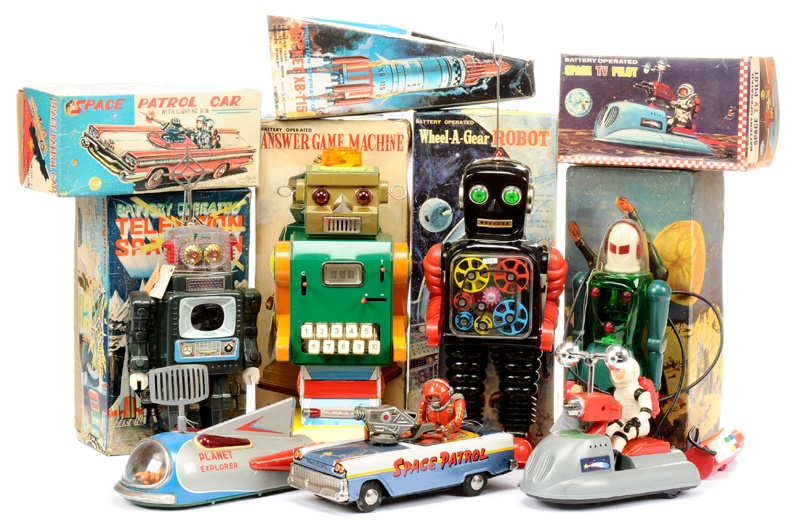 An army of robots, flying saucers and space toys is set to invade Vectis Auctions next month,
The Teesside auction house, which specialises in vintage toys, will offer toys from tinplate to plastic, produced by European, Japanese, Asian and American manufacturers.

The centrepiece of the sale will be an extensive private collection of space toys assembled over decades, featuring close to 1,000 rare pieces which could bring up to £40,000 .

"Sci-fi, space and robots are very sought after," Auctioneer and valuer Andy Reed told the BBC. "There are not many collections of this size and this is the biggest one we have handled in the last 20 years."

"It’s a fascinating collection, the couple are from the North East and have asked not to be identified. They have been collecting for 30 to 40 years and they felt the time was right to part with it. We think 70% of these will go outside the UK, perhaps back to the USA and Japan."

Standout lots from the sale will include a Flash Gordon tinplate ship produced by Louis Marx in 1939, following the success of the film serial starring Buster Crabbe and Jean Rogers; and a rare 1939 Japanese Lilliput Robot, examples of which have previously sold for more than £10,000.

The sale will also offer everything from Star Wars Dan Dare toys to a collection of vintage Batman vehicles and action figures, with almost all superbly preserved in their original packaging. 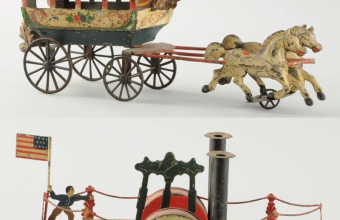 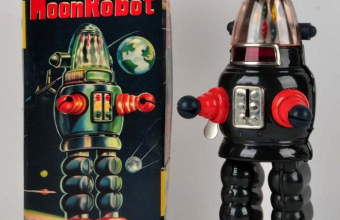