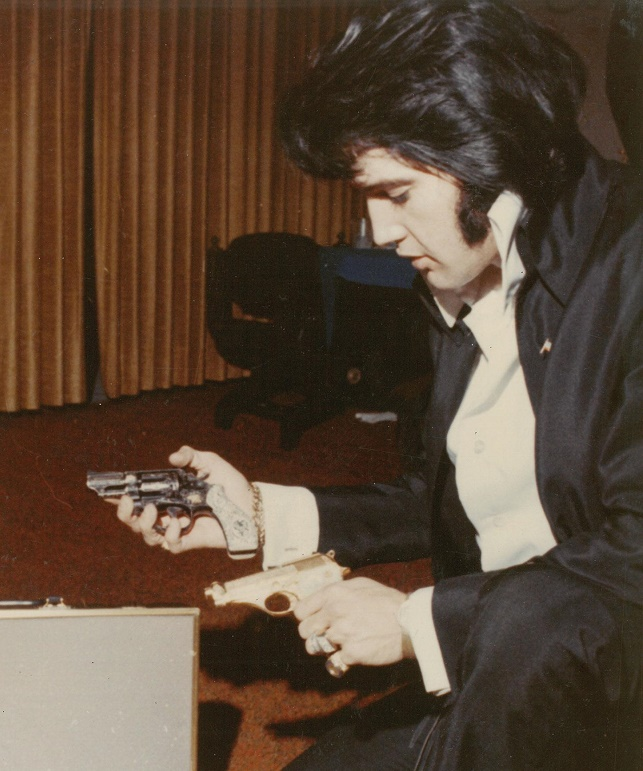 A pair of engraved handguns once owned by Elvis Presley have achieved new world record prices at Rock Island Auctions.
"We had high hopes for these incredible firearms, and our collectors did not let us down," said RIAC President Kevin Hogan.

"It’s such a huge honor to be entrusted with the possessions of an American legend, but we also had a lot of fun with it and everyone here did as well. Half an hour before Elvis’ items sold, there wasn’t a seat to be had in our auction hall. It was absolutely electric with anticipation."

First up was a Smith & Wesson 19-2 revolver, which Presley ordered from Kerrs Sporting Goods in Beverly Hills, during a month-long spending spree at the store which included 32 handguns at a cost of almost $20,000.

He then sent the gun to Germany, to be engraved and embellished by the Fredrick Wilhelm Co. It returned to the U.S covered in stunning relief leaf and scroll designs, with silver and gold inlaid borders and raised gold animals including a moose, a bear and a mountain lion.

Presley initially presented the gun to U.S Vice president Spiro Agnew, but it was swiftly returned to him when Agnew came under investigation for corruption, and was later forced to resign from office.

Elvis then gave the gun to Shelby County Sheriff Gene Barksdale, a member of the Memphis Police Department with whom he had been friends since the 1950s.

When members of the Memphis Mafia became stranded at a local airport, Elvis had called in a favour from the Sheriff, who picked them up and drove them back to Graceland.

In return, Elvis presented Barksdale with the beautiful weapon, and it later passed to his young nephew, who had helped transport Elvis’ friends home that evening.

Offered with superb provenance, the Smith & Wesson 19-2 revolver sold for $195,500, setting a new record price for the model.

The second gun on offer was a Colt Python Double Action Revolver, also purchased from Kerrs Sporting Goods and similarly engraved in Germany.

Elvis gave the gun as a gift to Richard Grob, a former police officer who became a close trusted friend and his Head of Security.

Grob had originally met Presley in 1967, whilst guarding the house he rented in Palm Springs during Hollywood film shoots.

He later joined the Memphis Mafia, and organized back-stage security when Elvis returned to performing across the U.S. Grob also advised him on his many firearms purchases, and accompanied him to firing ranges on a regular basis.

Originating from the collection of one of Elvis’ closest confidants, the Colt Python also set a new world record for the model, selling for $172,500. 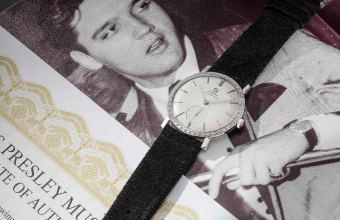