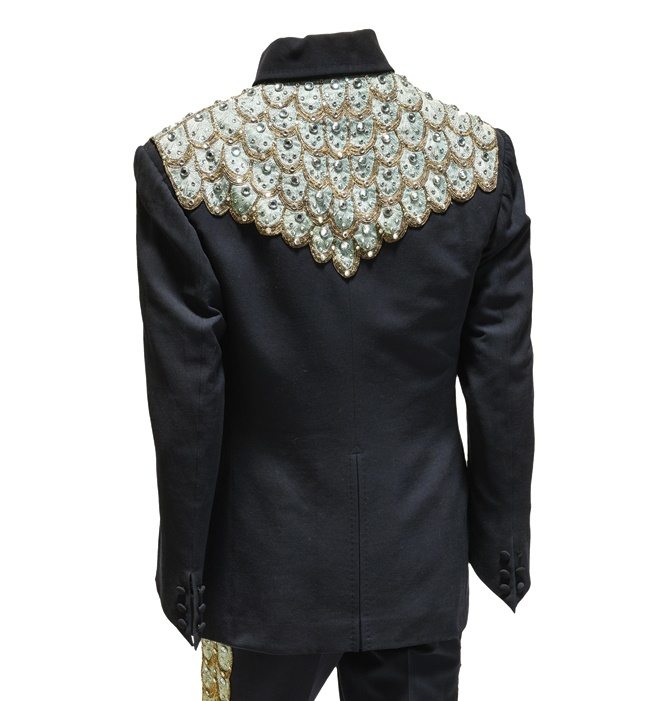 A sale of Elvis memorabilia at Graceland has realized more than $1.6 million, during events commemorating the 40th anniversary of his death in Memphis.
The auction featured a wealth or rare Elvis items, including his stage outfits and jewelry, signed documents, autographed albums and even the King’s own firearms.

Leading the sale was one of Presley’s iconic jumpsuits, which he famously wore on stage throughout the 1970s.

The outfit was known as the ‘Blue Armadillo’ suit, and was created by Bill Belew, the Hollywood designer behind all of Elvis’ elaborate stage costumes and his personal wardrobe.

Having been worn during performances in Las Vegas in the spring of 1975, the suit was one of just a handful remaining in private hands – with most of Elvis’ suits now owned by the official Graceland Archive.

The suit eventually sold to a collector for $250,000, the third-highest price ever paid for an Elvis jumpsuit at auction.

Other Elvis outfits on offer included a red corduroy pantsuit, known as the ‘Elephant’ suit, which sold for $62,500, and a stage-worn tiger-patterned cape which was acquired by the Graceland Archives for $83,750.

Many of the auction’s top lots were pieces of jewelry from Presley’s vast collection, which he often gave as gifts to his friends, and even members of his audience.

Rare signed items included a copy of the 1956 management contract between Elvis and Colonel Tom Parker, which sold for $35,000, and a copy of Elvis’ debut album signed to Trude Forsher, his west coast secretary, which more than doubled its high estimate to fetch $25,000.

Amongst the more unusual personal items snapped up by fans were a clock radio used by Elvis during his extensive U.S tours, which sold for $4,750, and an original 1957 soda fountain from the TV room at Graceland, which sold for $4,000. 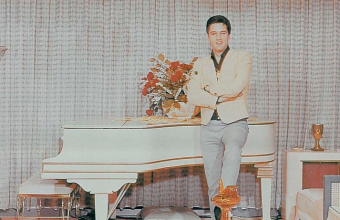