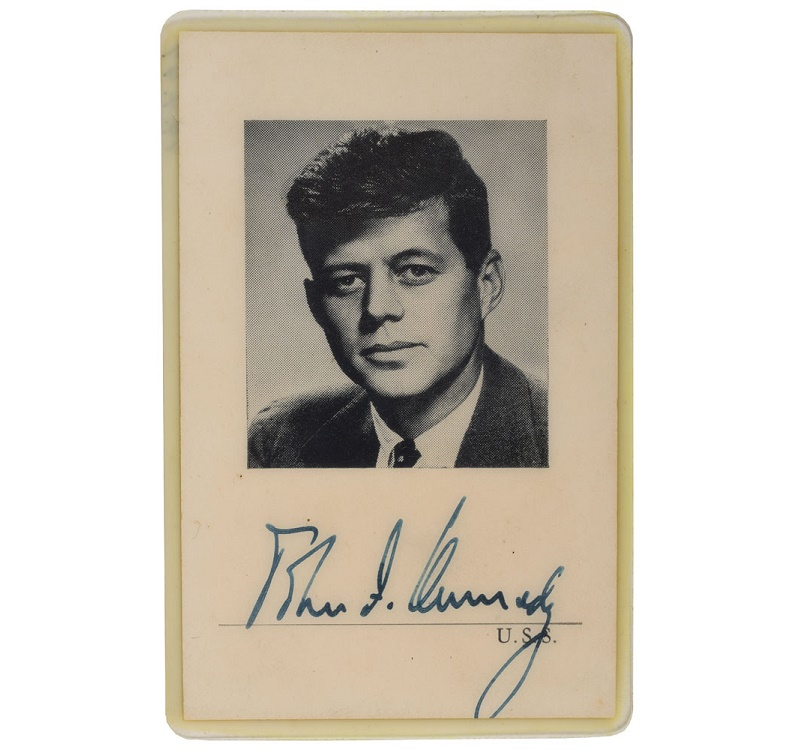 John F. Kennedy’s personal ID card from his time in the US Senate could fetch up to $30,000 in an upcoming sale at RR Auction.

The signed card is amongst the leading lots in a dedicated sale of Kennedy memorabilia, commemorating the former president’s 100th birthday.

According to the auction house, “this personal ID card, boasting an unusually legible signature, is an absolutely amazing relic from this important stage in his political life.”

In 1952, having served three terms in the U.S. House of Representatives as a congressman for Massachusetts, Kennedy decided to run for a seat in the U.S. Senate.

Kennedy’s term began on January 3, 1953, when he was issued this official US Senate ID card bearing his photograph and signature.

He carried the card in his wallet throughout his seven-year term as the junior senator from Massachusetts, during which period he won the Pulitzer Prize for Biography for his book Profiles in Courage.

The ID card originates from the collection of Evelyn Lincoln, Kennedy’s longtime personal secretary who worked with him from his election to the Senate until his tragic death in November 1963.

The sale also includes a large number of rare vintage photographs from the Ronnie Paloger Collection, many of which document Kennedy’s congressional campaign, his time as a young US Senator and his marriage in 1953.

Bidding in the RR Auction online sale opens on May 11, and concludes on May 18.