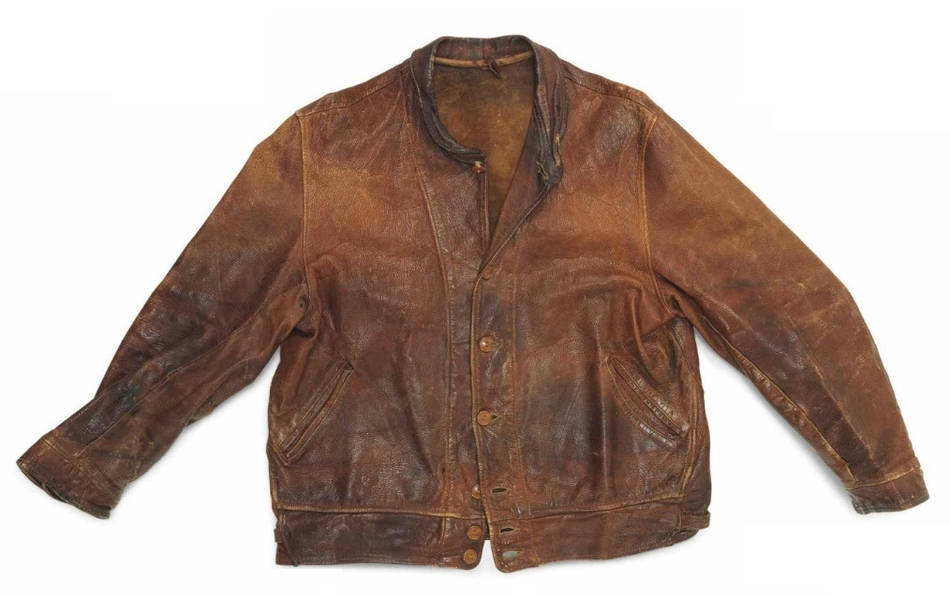 A battered old brown leather jacket formerly owned by Albert Einstein will hit the auction block in London next week.

Einstein reportedly acquired the jacket in the mid-1930s, prior to him gaining permanent U.S residency in 1935, and it appears in numerous photographs from the period including the cover of TIME Magazine in April 1938.

Although it may seem like an unlikely item of clothing for the world’s most celebrated physicist,&nbsp; Leopold Infeld, one of Einstein’s colleagues at Princeton, remembered his reasoning for wearing the jacket constantly:

"One of my colleagues in Princeton asked me: ‘If Einstein dislikes his fame and would like to increase his privacy, why does he … wear his hair long, a funny leather jacket, no socks, no suspenders, no ties?’. The answer is simple. The idea is to restrict his needs and, by this restriction, increase his freedom. We are slaves of millions of things … Einstein tried to reduce them to the absolute minimum. Long hair minimized the need for the barber. Socks can be done without. One leather jacket solves the coat problems for many years."

More than 60 years after his death, the jacket still retains the evocative smell of Einstein’s pipe smoke and has been described as having an "electrifying" presence by Christie’s experts.

The Christie’s auction will also offer Einstein’s pocket watch circa 1900 – the year of his graduation from Zürich Polytechnic, and the publication of his first scientific paper. He also wore the watch whilst working in a Swiss patent office prior to his ‘annus mirabilis’ in 1905, when he produced four groundbreaking papers which changed the world.

The Christie’s Valuable Books and Manuscripts sale takes place in London on July 13.