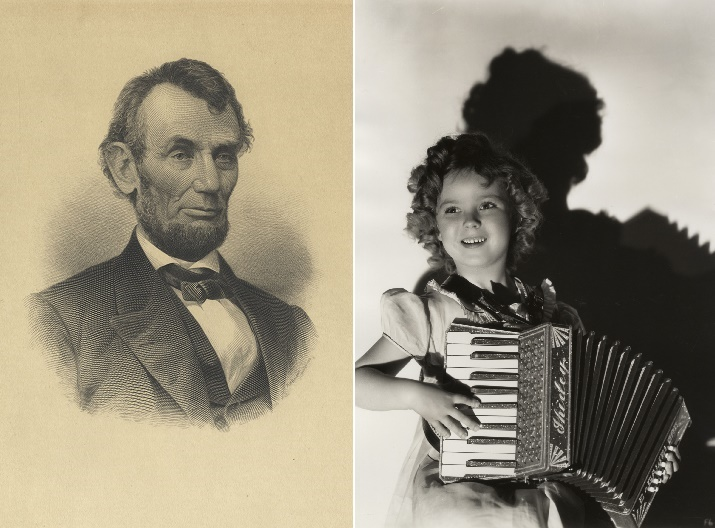 From Abraham Lincoln letters to Shirley Temple’s accordion – the latest auction at Nate D. Sanders has something for every collector.
The online sale features more than 1,500 lots, spanning the worlds of political, entertainment, sports and space memorabilia.

Amongst the leading highlights are letters and documents signed by some of the most influential figures in American history.

These include a pair of letters written by Abraham Lincoln as President; a cut signature of George Washington on vellum; two books on big game hunting signed by Theodore Roosevelt; a D-Day speech signed by Dwight D. Eisenhower; a land grant signed by John Adams; and a speech signed by Andrew Johnson.

Further political artefacts include a rare Force printing of the Declaration of Independence, and a pair of personal postcards written and signed by Malcolm X.

Away from politics, the auction also features some out-of-this-world space memorabilia, including rare autographs and space-flown items.

Notable highlights include a unique set of in-flight instructions, used by John Glenn in February 1962 during the Mercury 6 mission, in which he became the first U.S astronaut to orbit the Earth. The space-flown document, used by Glenn to confirm when to take photographs during the capsule’s flight, is expected to sell for $25,000+.

Collectors of classic Hollywood memorabilia will have the chance to bid on a copy of the Edna Furber novel Giant, signed by the cast of its movie adaptation including James Dean, Elizabeth Taylor and Rock Hudson; a costume worn on-screen by Leonardo DiCaprio in 1998 film The Man in the Iron Mask; and an accordion owned and played by the iconic child star Shirley Temple.

Bidding in the online auction closes on July 21.