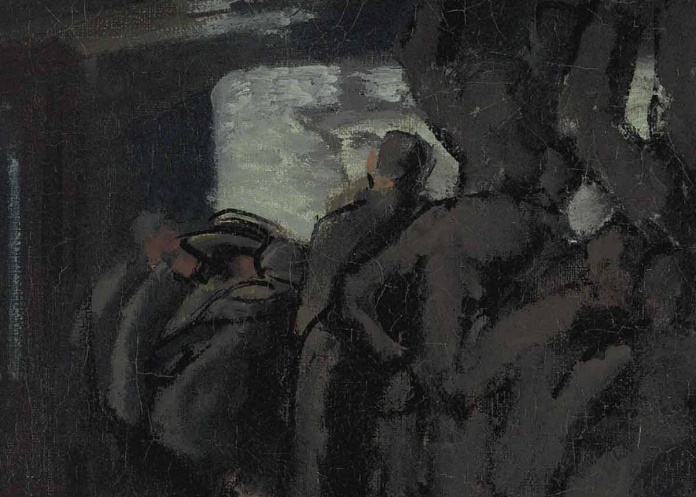 A painting believed to be one of the earliest artistic depictions of the cinema is heading for sale at Christie’s later this month.
The Gallery at the Old Mogul was painted by German artist Walter Sickert, and captures an early film screening at an English music hall in 1906.

Sickert was an influential member of the Camden Town Group in London, and his works often focused on urban, working-class scenes.

He was inspired by French Impressionist artists such as Edgar Degas, who captured the vibrant theatres and cafes of Paris, but rather than focus on the stage Sickert often sought to depict the audiences themselves.

Sickert’s painting was originally titled Cinematograph, and shows a huddled crowd watching an early Western from the packed gallery of the theatre.

During the early years of the 20th century, prior to the opening of the first purpose-built movie theatres, films were show in a variety of locations. In Britain films were often screened in music halls as part of an evening of entertainment, which also included singers, comedians and circus performers.

The ‘Old Mogul’ was the name given to the Middlesex Music Hall on Drury Lane, a spot in London’s West End which had hosted theatrical performances since Elizabethan times, and which is now occupied by the New London Theatre.

Having been previously owned by the actor Sir Michael Redgrave, The Gallery at the Old Mogul is expected to sell for $115,200 – $172,800 when it goes up for sale in London on June 20, as part of the Christie’s Modern British and Irish Art Evening Sale.