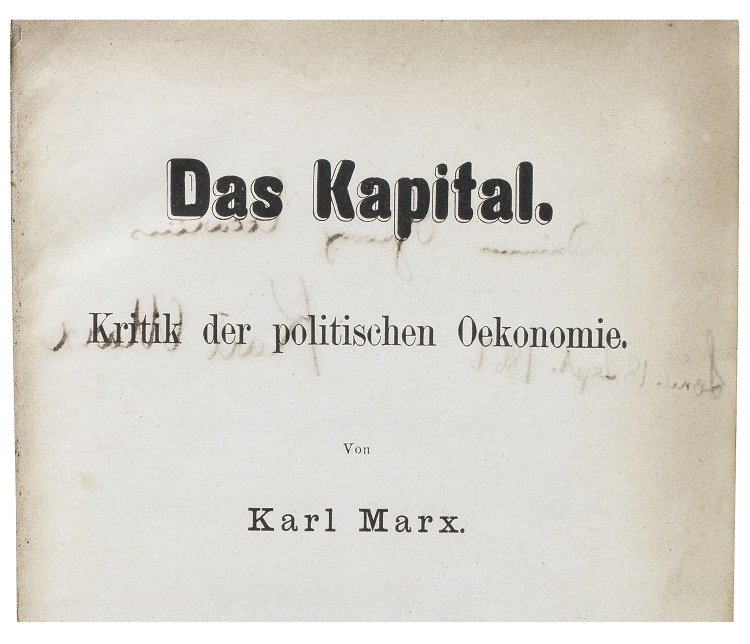 A first edition copy of Das Kapital signed by Karl Marx could bring more than $170,000 when it comes up for sale at Bonhams this month.
The book is a rare presentation copy which Marx gave to his friend Johann Eccarius, an important figure in the early days of the Communist movement.

"This is a stunningly important copy of a book that changed the world," said Bonhams senior book specialist Simon Roberts.

"Both Marx and Eccarius were major figures in the troubled birth of the communist movement and enjoyed a close personal relationship for many years until personal jealousy and political differences drove them apart. Presentation copies are extremely scarce and only two have ever before appeared at auction."

Marx met Eccarius, a German tailor and labour activist, in London in 1846, at a meeting of the English branch of the newly-formed Communist League.

Eccarius became one of Marx’s strongest supporters, and in turn Marx offered the tailor financial support when he lost his job due to illness. The pair were such close friends that Marx once pawned his wife’s coat to provide money for Eccarius, after he was struck down by a bout of consumption.

However, in the early 1870s their relationship began fall apart, mirroring the deep ideological divides which sprang up within the Communist movement.

Marx accused Eccarius of publically taking credit for his ideas, and abusing his position in the International Workingmen’s Association.

The man he had once described as one of "my oldest friends and adherents" was now "a scoundrel pure and simple", and Friedrich Engels believed Eccarius to be "truly wretched…a traitor (who) turned the International into his milk cow."

In later years allegations surfaced that Eccarius had become a police informer, although they were never substantiated. And despite their fractious relationship, he kept his copy of Marx’s seminal work, complete with the signature of his former friend.