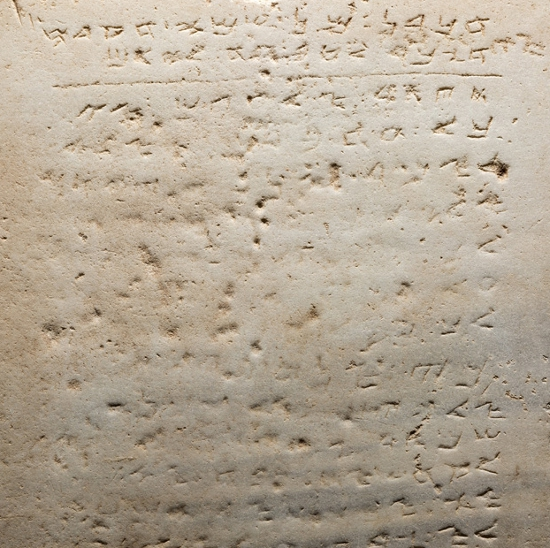 The earliest known stone tablet featuring the 10 Commandments sold for $850,000 on Wednesday.

The 200 pound white marble tablet is thought to be more than 1,500 years old and once resided at the gateway to a Samaritan synagogue in western Israel.

The Romans are believed to have destroyed the synagogue between AD 400 and AD 600, although it may have survived until the 11th Century crusades. The tablet was discovered by workers building a railway in 1913.

Nine of the 10 commandments will be familiar to many. The only omission is "Thou shalt not take the name of the Lord thy God in vain".

The Samaritans are known to have produced four such tablets between AD 300 and 500. This is the only one not owned by an institution – and is the only complete version.

"It is the only tablet that can be legally obtained for private ownership," said the director of antiquities at auctioneer Heritage Auctions, David Michaels, prior to the sale.

The Israel Antiquities Authority (IAA) has declared the piece a national treasure of Israel. That means the winning bidder is required to display it publicly.

It is not the earliest written record of the commandments. That accolade goes to the first century BC Dead Sea Scrolls, which were produced on parchment and papyrus.