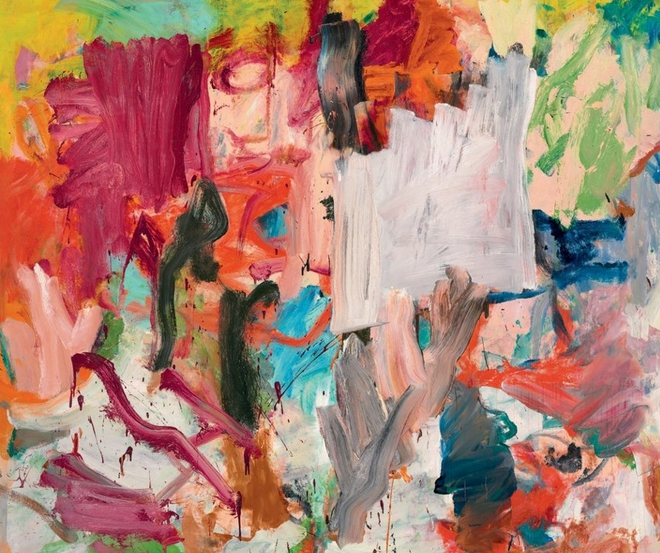 That’s evidence of the growing demand for both De Kooning and high-end contemporary art in the intervening years.

"The success of this work is a benchmark for the current marketplace, which is exceedingly receptive to works of the highest quality across a range of prices," said Sara Friedlander, Christie’s New York’s head of post-war and contemporary art.

At 77 by 88 inches, the work is De Kooning’s largest – a factor that often increases bids from buyers.

Christie’s chairman, Brett Gorvy, commenting on Dubuffet, said: "As a department, he is one of our favourite artists. We have been saying for a long time that he should be acclaimed as one of the most important artists of the 20th century."

At $277 million, it is the biggest selling auction of New York Fall art week so far, although down on last year’s total of $331.8 million.

Monday’s sales were topped by Edward Munch’s $54.5 million Girls on the Bridge at Sotheby’s.