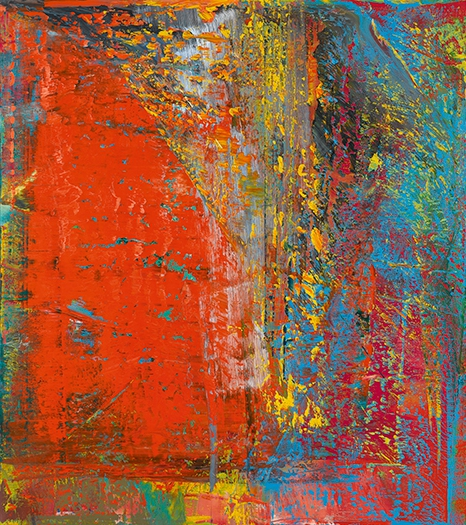 Gerhard Richter’s "A B, Still" top performed at Sotheby’s Contemporary Art Evening Auction in New York last night.
The 1986 piece sold above its $30 million high estimate for $34 million to lead a strong set of lots. The sale offered Sotheby’s encouragement following a sluggish impressionist and modern auction on Monday.

The father of pop art produced the large 80 by 76 inch work in 1986, just months before his death.

"I think tonight was a kind of unbridled success and another great shot in the arm for confidence in the marketplace," he told the press conference afterwards – according to the Art Newspaper.

It completes a solid if unspectacular week of sales for the big art auctioneers in New York, with many critics bemoaning the lack of quality supply.

It seems sellers are reluctant to part with pieces in the confused financial situation following Brexit and the US presidential election.

There were several high points, however.

A painting of a haystack by Monet also set a new artist record – achieving $81.4 million.