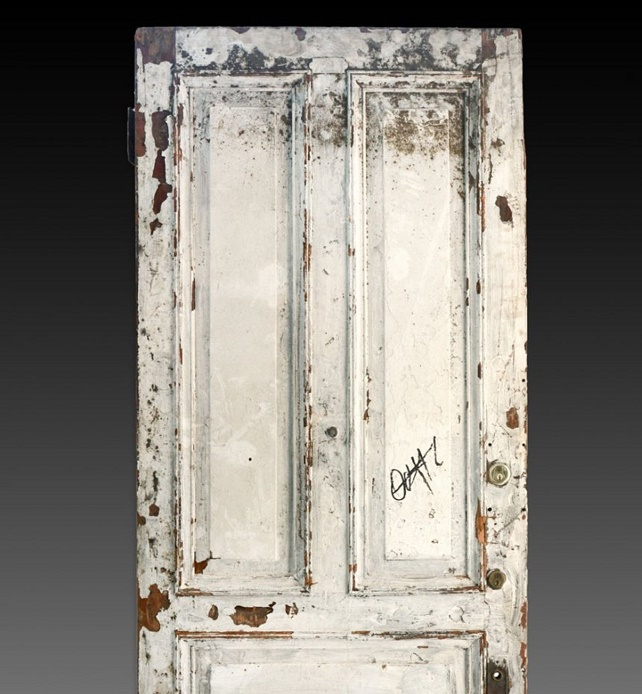 A collection of doors from New York’s infamous Chelsea Hotel has sold for more than $400,000 at auction, after they were saved from the scrapheap by a homeless man.
The battered wooden doors crossed the block at Guernsey’s on April 12 after they were consigned by Jim Georgiou, a former long-time resident of the hotel.

Throughout its history, the Chelsea has played host to some of the most significant cultural figures of the 20th century, and was a hub for artists, musicians, writers and numerous creative counterculture personalities.

Former residents who passed through the halls included Andy Warhol, Jack Kerouac, Bob Dylan, Madonna, Janis Joplin, Bob Marley and Jim Morrison – all of who were drawn to the hotel by its bohemian reputation (and the fact it was cheap).

"For more than a century, the Chelsea attracted the most fascinating, accomplished individuals who often found themselves ‘living on the edge’ at the fabled residential hotel," said the auction house.

"Now undergoing an extensive face lift, the Hotel may never again be the place to be seen or the setting for the wildest affairs, but memories of the Chelsea will live on in popular culture."

In 2011 renovation work began on the building, and most of the interior fixtures were stripped out, including the doors.

Georgiou, then homeless, had returned to the hotel to use the restroom when he saw construction workers carrying them out to be scrapped in an alley.

Understanding their historic importance, he quickly arranged for a friend with a van to rescue them and store them away. He then began an exhaustive research project to discover and document who had lived behind the doors.

"The journey of these iconic Chelsea Doors began with my arrival at the hotel on September 9th, 2002," said Georgiou.

"For the next decade, while I lived in the building, not only was I witness to the magic of these hallowed halls, but was able to share thoughts, feelings, and anecdotes – a living history of the building – with my neighbors.

"Every one of these doors is a precious artifact of an epoch never to be witnessed again. The magic, the fantasy…the impossible realities lie within them all…"

The most valuable door from the collection was that of Room #225, the very room Georgiou himself had spent a decade living inside.

But back in 1968 it had played home to Bob Dylan, who spent four years at the Chelsea and referenced his stay in the song Sara, written to his first wife Sara Lownds: "Staying up for days in the Chelsea hotel/ writing ‘Sad Eyed Lady of the Lowlands’ for you."

The door to Room #424 also achieved an impressive price of $85,000, thanks to its former resident Leonard Cohen. The singer-songwriter had moved to New York in the late 1960s to pursue his music career, and whilst staying in the room had engaged in two brief affairs with fellow musicians Janis Joplin and Joni Mitchell.

Having saved the doors for posterity, Georgiou will now donate a large portion of the proceeds from the auction to City Harvest, the non-profit organisation that helps to feed the nearly 1.3 million New Yorkers facing hunger every year.