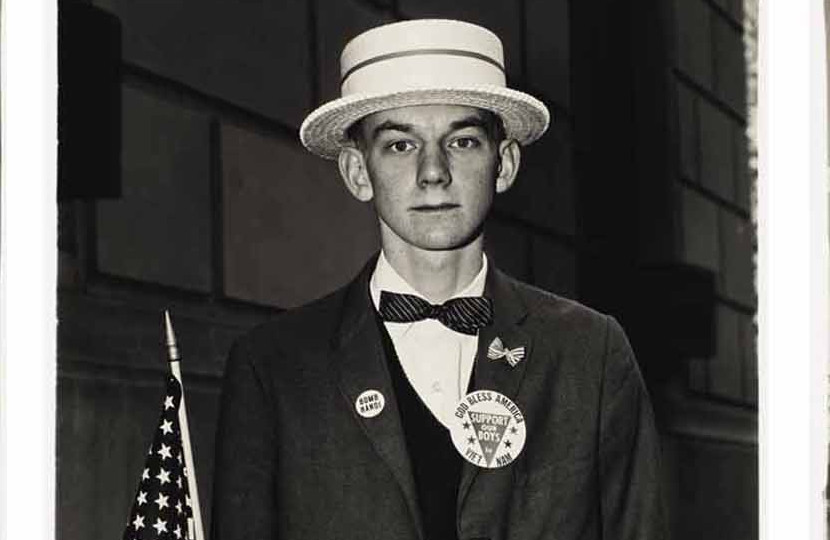 “A box of ten photographs” by Diane Arbus will headline Christie’s sale of the Yamakawa Collection of 20th Century Photographs in New York.
The box is expected to sell for around $500,000-700,000 in the April 6 sale.

Arbus created this 10 image portfolio in 1969 and set about printing an edition of 50.

The original promotional flyer for the piece reads: “There is a portfolio of ten photographs by Diane Arbus dating from nineteen sixty-two to nineteen seventy in an edition of fifty, printed, signed, numbered, annotated by the photographer, sixteen by twenty inches in a nearly invisible box which is also a frame, designed by Marvin Israel.

It includes some of the artist’s most famous works, including the Identical Twins and the iconic shot of Jewish giant Eddie Carmel at home with his parents.

Arbus only printed eight sets before her death in 1971. The rest, including the present example, were produced posthumously

Lifetime prints from Arbus are highly prized. Her record at auction is $785,000, set for Child With Toy Hand Grenade in 2015.

The print is from the artist’s iconic photo essay The Americans, which explored everyday life in the US during the 1950s. Originally from Switzerland, Frank received a Guggenheim Grant to produce the series.

The vaguely sinister image was taken during a centennial celebration. It’s the image Frank chose to open the book with. Demand has been growing for Frank’s worth, with another print of this image selling for $237,500 in 2015.