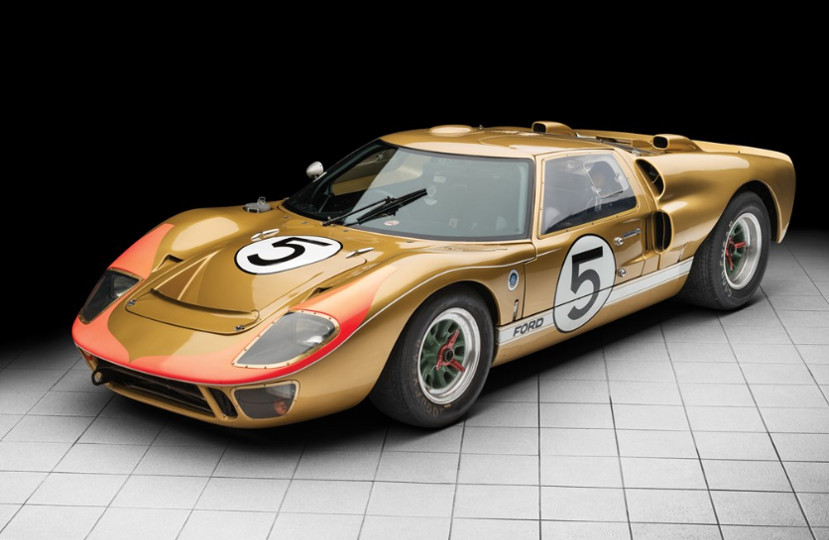 The Ford GT40 has been repainted with the original livery it wore when it came in 3rd at the 1966 Le Mans (Image: RM Sotheby's)

A spectacular 1966 Ford GT40 racer looks ready to become the most valuable Ford ever sold at auction, with an estimate of up to $12m.

It will appear in RM Sotheby’s Monterey auction on August 24-25.

The car (P/1016) placed third in the 1966 24 Hours of Le Mans, giving Ford a remarkable 1st, 2nd and 3rd place victory. It was driven by Ronnie Bucknum and Dick Hutcherson of US team Holman & Moody.

This was the marque’s first victory in the legendary race, which had been dominated by European manufacturers (and Ferrari in particular) since its inception. It would be the start of an incredible run for Ford, which would achieve a further three consecutive victories between 1967 and 1969.

Alexander Weaver of RM Sotheby’s said: “The status of P/1016 speaks for itself, and if it wasn’t for this car, the history of motorsport as we know it would be very different. The sale of this GT40 represents a real chance for any collector or motorsport enthusiast to own a significant piece of history.

“To feature a car for sale that has played such a pivotal role in such a famous race is very important for us as we prepare for the Monterey auction. This Ford has been restored to the condition it raced in, which will be a vital consideration for any prospective buyer.

“Few cars can be considered gold standard, but this GT40 is, and will always be remembered as one of the Fords that finally beat Ferrari.”

This car was entered in three races the following year, including the Daytona 24 Hour Continental. It was retired relatively early and has since been passed between some of the best collections in the world.