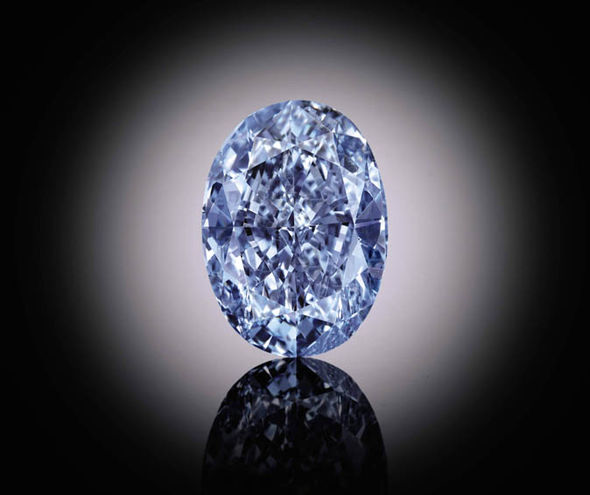 A magnificent blue diamond known as the ‘De Beers Millennium Jewel 4’ has become the valuable piece of jewelry ever auctioned in Asia.
The diamond sold as part of the Sotheby’s Magnificent Jewels & Jadeite sale in Hong Kong for the record price of HK$248,280,000 (US$32,013,223).

Originally mined in South Africa, the 10.10-carat stone was the largest oval fancy vivid blue diamond ever offered at auction.
The gem was first exhibited at London’s Millennium Dome as one of the Millennium Jewels, a collection of 12 rare diamonds assembled by De Beers over the course of several decades.

The collection famously attracted the attention of a criminal gang, who attempted the biggest robbery in history in November 2000. Armed with sledgehammers, guns and grenades, the criminals smashed their way into the Millennium Dome using a ten-ton JCB digger in an attempt to steal an estimated £350 million in diamonds, before escaping down the Thames River in a speedboat.

However, police were already waiting for the gang, having swapped out the diamonds for replicas the day before, and the robbery was dramatically foiled.

Just one diamond from the De Beers Millennium Collection had previously appeared at auction, selling for $6.4 million in 2010.
The world’s most expensive blue diamond, the Blue Moon of Josephine, sold at Sotheby’s in 2015 to the Chinese property developer Joseph Lau for US$48.4 million.