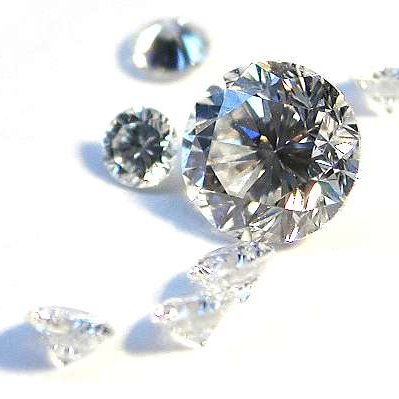 The Czech National Museum’s collection of rare and valuable gemstones has run in to a problem – many of its constituents have been declared fake.
An audit of 400 of the Prague museum’s 5,000 strong collection of diamonds and sapphires – thought to be worth millions of dollars – has revealed many are worthless synthetically-made or glass copies.

The museum’s natural history arm acquired much of the collection in the 1970s. Investigators are now trying to ascertain whether the museum was duped at the point of sale, or whether an insider has been removing the pieces on the quiet.

“What we have here is still a sapphire, but it is not a natural stone as was documented when the museum gained it for its collection in the 1970s. It was artificially created so it does not have the value we thought it did," said Mr Macek.

"It was acquired for 200 thousand crowns and today it would have been worth tens of millions.

“And what we thought to be a 5-carat diamond was in fact plain glass given a diamond cutting.”

Mr Macek told the Telegraph newspaper that although the collection has been located at different sites, it’s been in a depository since 2011.

The National Museum’s deputy director, Michal Stehlik, is trying to downplay the issue.

“When you have a collection of 20 million artefacts, then a certain fraction of that may prove to be problematic,” he explained to Radio Prague.

It’s not the first time a museum has been shocked to discover many of its objects are fake. In January, a Modigliani exhibition in Genoa was found to include at least 20 forgeries. There were 21 artworks in the exhibition.

Fakes have even found a home in dedicated forgery exhibitions in the past. Mr Stehlik is considering the possibility of housing these fakes in such a display.

The full audit of the museum’s 4,000 strong gemstone collection will be completed in 2020.