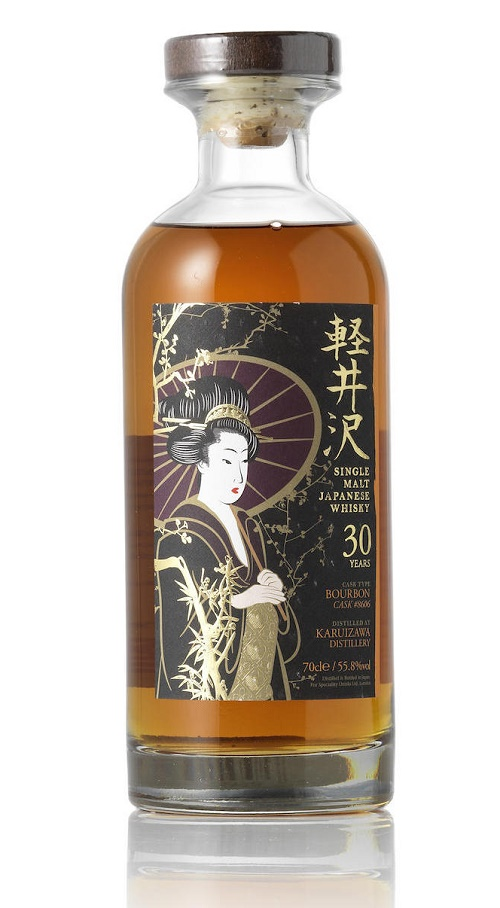 The upcoming Bonhams Hong Kong Whisky sale will be led by a very special offering – a complete series of the fabled Karuizawa Geisha series.
The Karuizawa distillery was founded in 1955 at the foot of Mount Asama, an active, snow-capped volcano.

Despite being the smallest distillery in Japan, the company established a reputation for remarkable quality, using Golden Promise barley and Spanish oak sherry casks to distil small batches which "redefined the art of making whisky".

The distillery ceased production in 2000, and closed its doors completely in 2011, but its legend lives on in the Geisha series – a selection of the company’s finest whiskies.

The Karuizawa Geisha series includes 27 bottles aged for 29, 30, 31 and 50 years, and bottled in the 1970s, 1980s and 1990s. All of these whiskies are now exceedingly rare, with less than 100 bottles ever produced in some cases, and are amongst the most sought-after by collectors.

"This is an exciting opportunity to acquire a legendary whisky," said Bonhams whisky specialist, Daniel Lam. "The Geisha Series has never been offered at auction before and I am expecting great interest from collectors around the world."