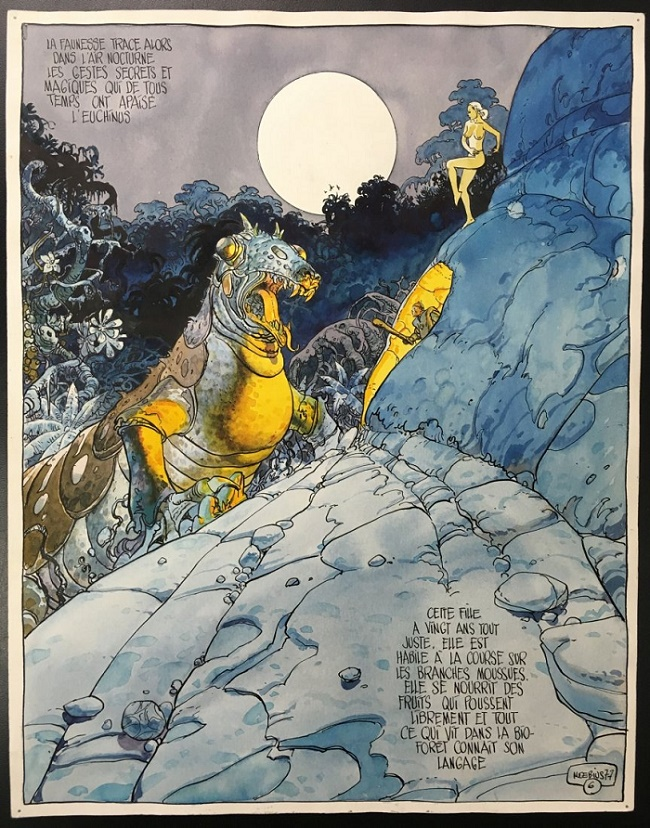 Original comic art and NBA memorabilia will star in the latest Philip Weiss Auctions sale.
More than 600 lots will cross the block in Lynbrook, New York later this month, including trading cards, sports memorabilia, autographs, animation art and other vintage collectibles
Leading the sale is a collection of original comic book artwork by two legends in the medium: Joe Kubert and Moebius.

Kubert was a renowned comic book artist, art teacher and founder of The Kubert School, best known for his work on the DC Comics characters Sgt. Rock and Hawkman. He was inducted into the Jack Kirby Hall of Fame in 1997 and the Will Eisner Comic Book Hall of Fame in 1998, and many of his pupils from the Kubert School have forged celebrated careers as comic book artists including Stephen R. Bissette, Amanda Conner, Rick Veitch, Eric Shanower, Steve Lieber, and Scott Kolins.

The sale will offer a selection of pieces from Kubert’s personal collection, including original cover art from titles such as Hawkman, Hawk Son of Tomahawk, House of Mystery and G.I. Combat, along with rare comic books and original strip art.

The auction will also include a stunning page of original artwork by French artist Moebius, co-creator of the influential Heavy Metal magazine and concept designer for films such as Alien, Tron and The Fifth Element.

Sports fans will be able to bid on a true piece of basketball history, in the shape of a pair of Michael Jordan game-worn sneakers. Worn by the Chicago Bulls icon during the 1991 playoff series against the Los Angeles Lakers, and bearing his signature on both shoes in silver marker, the pair of sneakers is expected to sell for $20,000-$25,000.