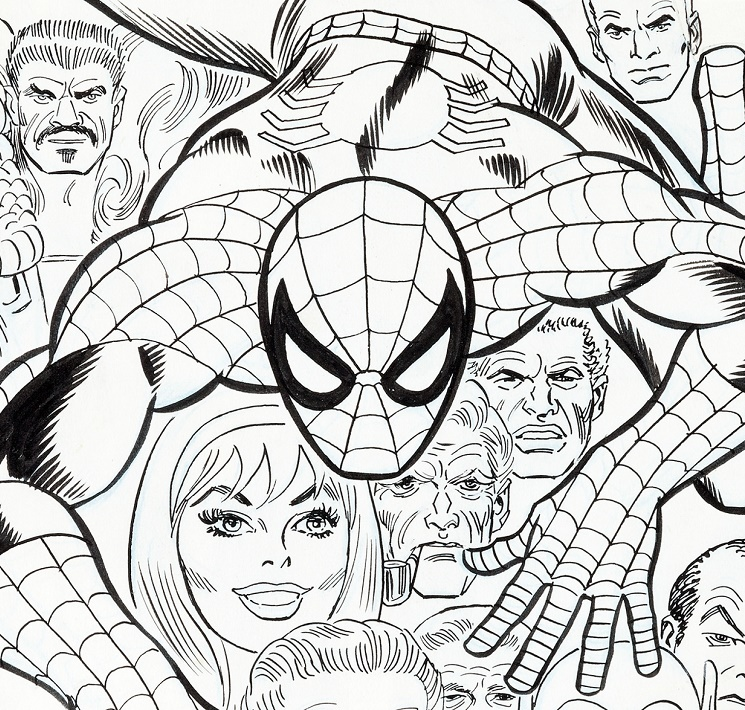 The original comic book cover art for The Amazing Spider-Man #100 is expected to fetch up to $300,000 when it goes up for auction later this month.
Drawn by legendary Marvel artist John Romita Sr. in 1971, the piece is described as "one of the most iconic Silver Age covers ever produced".

It will cross the auction block in Dallas on February 22 – 24, as part of Heritage Auctions’ Comics & Comic Art Signature Auction.

"John Romita, Sr., had done the covers and interior of Spider-Man #39-95, and he changed the character from a kind of nerdy high school kid to a more self-confident college student, which is part of the reason why Spider-Man was able to capture more of an older market."

The cover for the anniversary issue features the entire cast of characters from the Spider-Man series, in the classic Marvel ‘floating head’ style.

Original Spider-Man cover art is amongst the most sought-after of any comic book superhero throughout the hobby.

Further original comic book art highlights from the sale on February 22 – 24 will include Jack Kirby and Vince Colletta’s 1968 cover for Thor #154; and John Byrne and Jerry Ordway’s 1985 cover art for Fantastic Four #283.