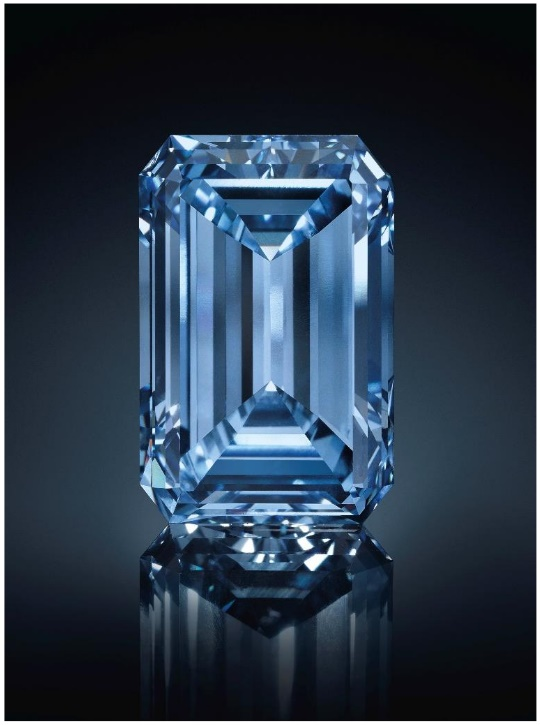 Christie’s has announced it will sell the Oppenheimer Blue, the world’s largest and finest Fancy Vivid Blue diamond ever offered at auction.
Weighing a remarkable 14.62 carats, the diamond comes with a hefty price-tag of $38-$45 million, and has the potential to become the world’s most expensive diamond ever sold.

"On May 18th, Christie’s will present the largest and finest Fancy Vivid Blue diamond ever seen," said Rahul Kadakia, International Head of Jewellery at Christie’s.

"This stunning Fancy Vivid Blue rectangular-cut gem promises to create a media sensation as it travels around the world, fascinating both collectors and gem enthusiasts alike, before it makes its way to the auction block in Geneva."

Fancy Vivid Blue diamonds are amongst the world’s rarest gemstones, as just 0.0001% of all diamonds discovered are blue in colour.

The diamond was originally owned by Sir Philip Oppenheimer, former controller of the Diamond Syndicate in London, who oversaw the international cartel set up by De Beers to keep strict control over the world’s diamond supply.

In addition to playing a major role in shaping the international diamond industry, he also assembled a remarkable collection of gemstones – led by this literal ‘jewel’ in the crown.

The current world record for the world’s most expensive diamond currently stands at $48.4 million – set in November 2015, when Chinese property developer Joseph Lau purchased the 12.03 carat, Fancy Vivid Blue ‘Blue Moon’ diamond at Sotheby’s as a gift for his seven-year-old daughter Josephine.

The Christie’s Magnificent Jewels auction takes place at the Four Seasons Hotel des Bergues in Geneva on May 18.