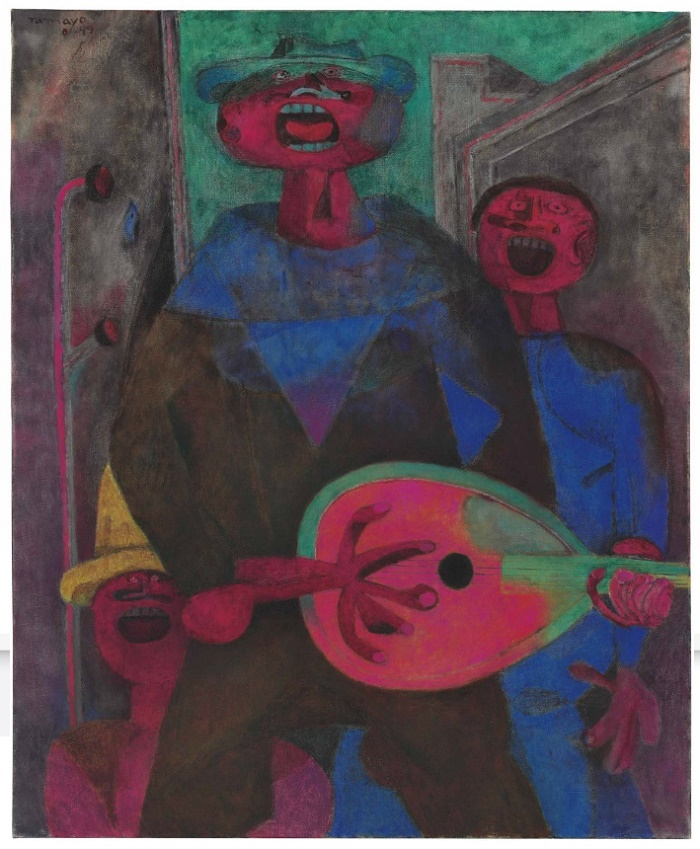 Works by celebrated artists such as Rufino Tamayo, Diego Rivera and Miguel Covarrubias will lead a Christie’s sale of Latin American Art later this month.
The two-day sale in New York will offer close to 250 artworks, led by Rufino Tamayo’s colourful and vibrant 1949 painting ‘Maestros cantores’.

As a gifted musician known for his guitar playing, Tamayo’s passion for music was clearly evident throughout his career as an artist.

He often painted musicians and instruments, and in ‘Maestros cantores’ captures a group of musicians caught in joyful song. Having been exhibited internationally from Mexico City to Paris, Stockholm, London and Tokyo, the painting will now be offered with an estimate of $2-$3 million.

Another standout lots is Diego Rivera’s 1938 portrait ‘Niña con rebozo’, one of many works featuring children which he produced following his return to Mexico in 1921. Rivera’s great murals were intended to create a new sense of national identity, with children viewed as "seeds for change", and this striking portrait comes with an estimate of $1-$1.5 million.

The auction will also feature a large selection of Fernando Botero paintings and sculptures, including five circus-themed works from The Wynn Las Vegas Collection.

The Christie’s Latin American Art Evening Sale takes place on May 25, followed by an afternoon session on May 26.