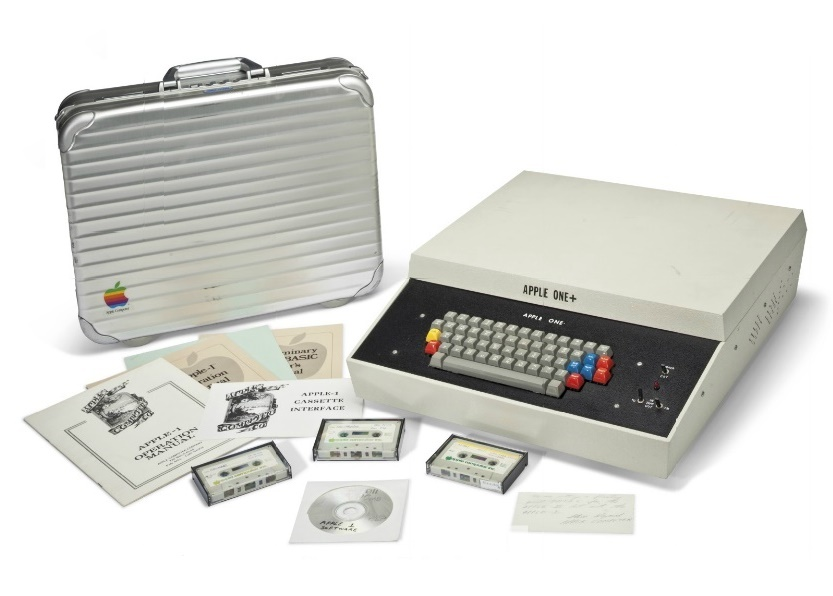 An upcoming auction at Christie’s will span centuries of scientific discovery, from 18th century astrolabes to the Apple-1 computer.
The auction will offer scientific artefacts alongside natural history specimens dating back millions of years, and manuscripts, artworks and photographs documenting the earliest days of global exploration.

Leading the sale is an original Apple-1 computer, built in 1976 by Steve Jobs and Steve Wozniak in the tiny Palo Alto garage where they founded the world’s biggest corporation.

Having built and sold approximately 200 Apple-1 computers, Jobs and Wozniak then encouraged customers to trade them in a year later for a discount on the much-improved Apple-2. Those that were returned were destroyed, leaving just 66 examples that are known to have survived to this day, with many owned by institutions such as the Smithsonian.

At the other end of the spectrum is an 18th century astrolabe – essentially an analogue celestial computer used for measuring time, altitude and triangulating location using the movement of the sun, moon and stars. This highly decorative and finely engraved example is as much a work of art as a scientific instrument, and is valued at £60,000-£100,000 ($85,260-$142,100).