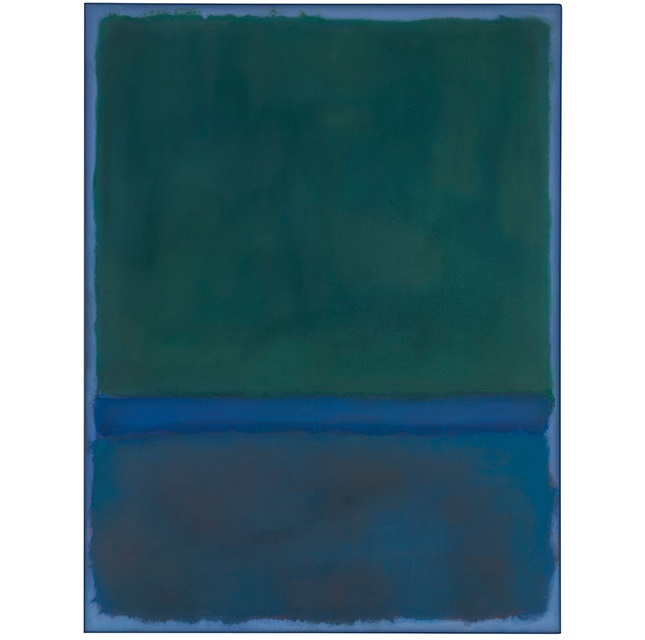 Mark Rothko’s No.17 will lead a forthcoming sale of Post-War and Contemporary Art at Christie’s, where it’s expected to sell for $30-$40 million.
Regarded as a pivotal work in Rothko’s career, No. 17 is a rare ‘blue’ canvas executed in 1957, just months before he began work on his iconic series of Seagram Murals.

The painting was first exhibited in 1961, as part of a major travelling retrospective of Rothko’s work which introduced him to a wider European audience for the first time.

The first stop on the tour was the seminal exhibition at London’s Whitechapel Art Gallery, which had a powerful impact on fellow artists, critics and the general public. A review in The New Statesman wrote of the exhibition "faced with Rothko’s paintings at Whitechapel, one feels oneself unbearably hemmed-in by forces buffeting one’s every nerve".

Following the retrospective, No. 17 was acquired by a private Italian collector and remained hidden for decades, before being publically exhibited once again in 2001 as part of a major exhibition hosted by the Fondation Beyeler. It then changed hands for the second time, and will now be sold in New York for just the third time in its history.

"No. 17 is a strikingly beautiful canvas that comes with an exhibition history that places it within the canon of Rothko’s most important paintings of the late 1950’s," said Brett Gorvy, International Head of Post-War and Contemporary Art.

"We are particularly pleased to be presenting this work to the marketplace at a time when there is such tremendous demand for examples by Rothko of this remarkable quality. With its vibrant, enveloping surface, and its freshness to the auction market, we are confident that No. 17 will appeal to a broad global audience."