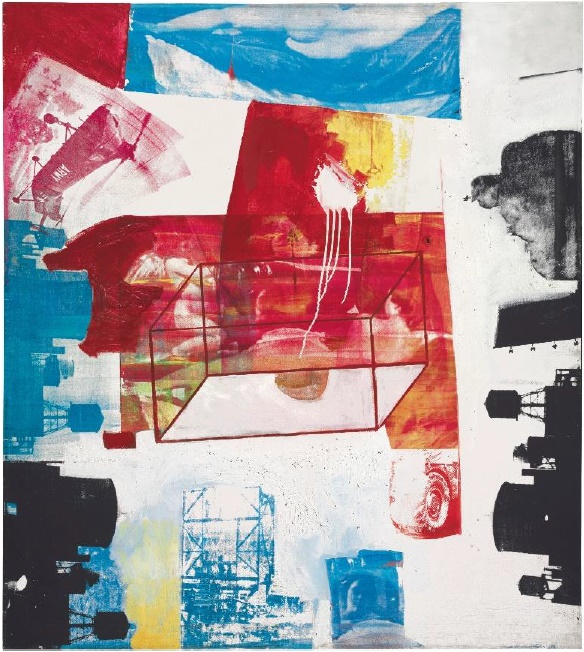 Masterpieces by Mark Rothko and Robert Rauschenberg will lead Christie’s forthcoming Post-War and Contemporary Art Evening Auction in London.
The sale will present Rothko’s historic ‘No.1’, executed in 1949 as one of his earliest groundbreaking abstract expressionist ‘multiform’ works.

The painting is described as "a glowing vision of rich orange and lemon-bright yellow, punctuated at its core by a dramatic zone of ochre strokes upon a bar of vaporous blue and teal, No.1 paved the way for the transformative painting as mood for which [Rothko] is critically acclaimed."

‘No. 1’ was one of 12 exhibited as part of Rothko’s historic 1950 solo show at the Betty Parsons Gallery.

Today just three of those works remain in private hands, with the other nine held in major American museums including The Museum of Contemporary Art in Los Angeles, The Museum of Modern Art in New York and the National Gallery of Art in Washington.

Rothko kept the painting in his own collection until his death in 1970, and it now comes to public auction for the first time in its history.

Robert Rauschenberg’s ‘Transom’, executed in 1963, is one of the artist’s landmark silkscreen works which brought him international acclaim and the revered Golden Lion at the Venice Biennale.

"America is a profound force on the global stage and has been unstoppable in defining the contemporary culture of the last century," said Francis Outred, Chairman and Head of Post-War and Contemporary Art at Christies. "It is a privilege to present two seminal works that date from the beginning of this cultural dominance.

"Mark Rothko’s No.1 dates from 1949 and was one of his first works to incorporate the planes of colour as mood that defined his career. Robert Rauschenberg’s Transom is one of the breakthrough series of Silkscreen Paintings with which he not only sparred with Warhol but also became the very first American artist to win the Golden Lion at the 1964 Venice Biennale.

"Following the much-celebrated Abstract Expressionism exhibition at London’s Royal Academy and the major Robert Rauschenberg retrospective at Tate Modern we very much look forward to drawing a global audience to London in March."