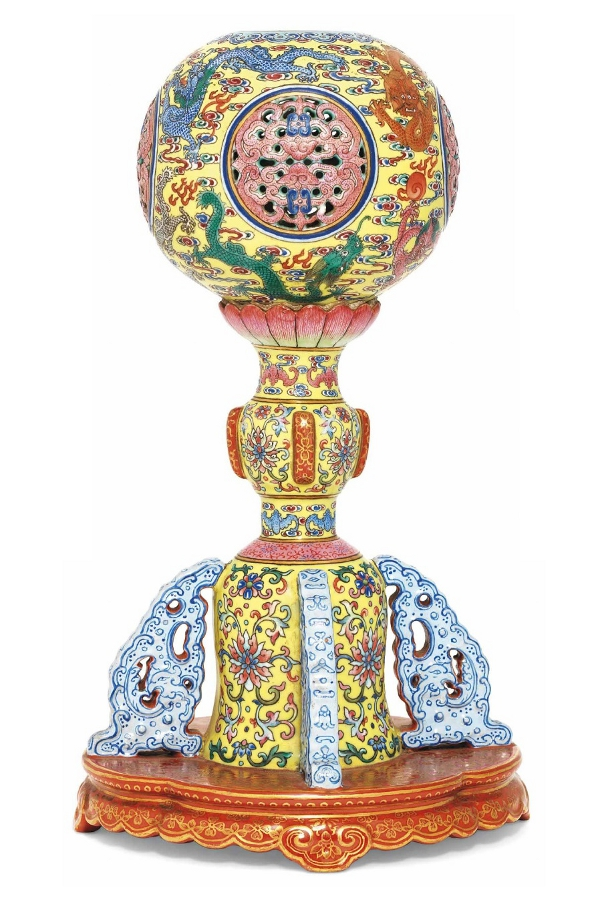 A rare piece of Imperial Chinese porcelain has sold for more than $700,000 at Christie’s, after spending more than 50 years as a table lamp in Wales.
The elaborately decorated item was originally owned by a couple, who acquired it for a small sum by at a country house sale in the 1950s.

They then returned to their home in north Wales and, with the addition of a bulb and a shade, turned it into a functioning table lamp – never knowing its true value.

It spent half a century in their home, before being purchased by another collector who suspected it could be something special.

It was then taken to be valued at Christie’s, where experts revealed it was in fact a 19th century hat stand made in the Chinese Imperial Court of the Daoguang Emperor between 1820 and 1850.

Items of clothing – and particular, hats – were symbols of rank and social status within the Daoguang court, and those highest up would place their headgear on beautifully crafted stands filled with scented incense.

"This hat stand was made for someone incredibly important, probably the Daoguang Emperor himself," said Christie’s expert Ivy Chan.

"This piece gives us a little glimpse into the opulence of Imperial Court life in the Quing Dynasty. It really exemplifies the technical abilities of the craftsmen of the time, and the significance of it as an Imperial Chinese piece is really special."

With its historic importance and rarity now confirmed, the hat stand hit the auction block as part of Christie’s Fine Chinese Ceramics and Works of Art sale in London.

"There was a great buzz in the saleroom at Christie’s when the auctioneer opened the bidding, with bidders on the telephone as well as in the room competing fiercely for the hat stand," Chan later told The Express.

"It has been a real pleasure to work with this beautiful piece and to offer it for sale. It achieved a great result."