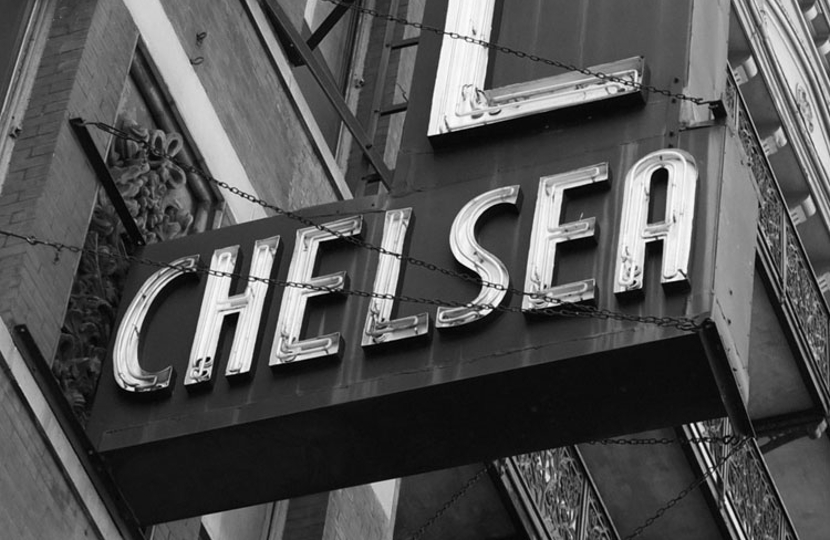 Ever dreamt of opening Andy Warhol’s door? What about Humphrey Bogart’s? Or even Jim Morrison’s? Fifty-five doors from New York’s landmark Chelsea Hotel, salvaged by a homeless man, will auction in April.
New York auctioneer Guernsey’s has matched several of those 55 to the names who stayed for protracted periods at the rock and roll residential hotel.

A homeless man used the doors to create makeshift accommodation for himself after they were discarded during a 2011 refurbishment, following the hotel’s closure.

That same man is now consigning them to the April 12 auction. Much of the auction’s proceeds will go to City Harvest, a food rescue charity that expects to feed close to 1.3 million New Yorkers in 2018.

“Through exhaustive research, roughly half of these large wooden doors can be traced to the iconic individuals who lived behind them,” explains Guernsey’s.

“And although the research is continuing, it is expected that some doors can only be confirmed to be from the hotel without a more precise personal connection. But even in those cases, owning a piece of Chelsea history is significant.

“Indeed, behind these doors lived the talented and famous (and infamous like Sid Vicious), where the hotel served as home, workplace, artist’s retreat, hideaway, and love nest for the hippest, most talented, and most outrageous.”

The doors that can’t be traced to a famous name each have a high-end estimate of $10,000. One used by Iggy Pop and Bette Davis (not at the same time) is among the most valuable. It’s expected to achieve up to $100,000.

Throughout the 20th century (and before), the Chelsea Hotel was a byword for bohemian debauchery. Writers particularly gravitated there. Mark Twain was an early resident, followed by the likes of Thomas Wolfe and Jack Kerouac. Indeed, it was at the Chelsea that Jack Kerouac created On The Road.

It was also there that Sid Vicious killed girlfriend Nancy Spungen, Dylan Thomas drank his last, and Leonard Cohen had a one night liaison with Janis Joplin – immortalised in his song Chelsea Hotel.