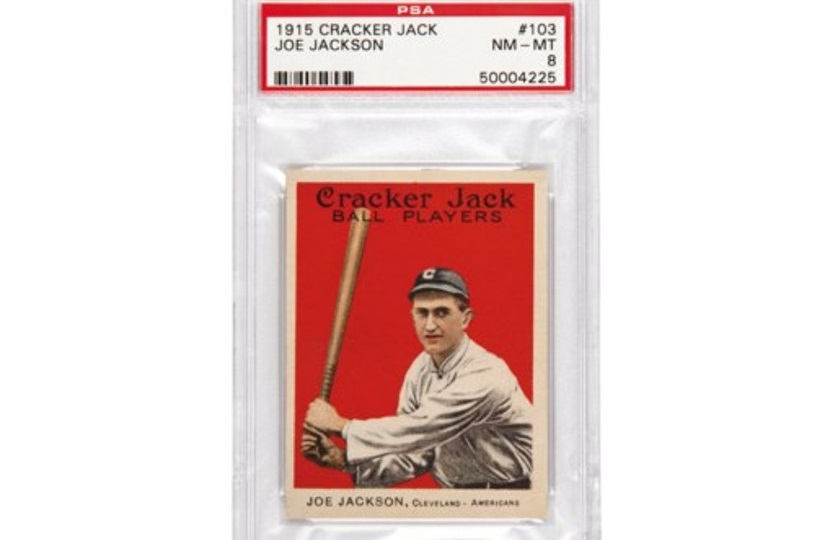 A near mint 1915 Cracker Jack Joe Jackson baseball card will lead Christie’s Golden Age of Baseball auction.
The piece is valued at $50,000-75,000 ahead of the March 29 to April 6 online sale.

That estimate is low, considering this very card last sold for $186,000 back in 2008 – a record for the issue. That’s far more than other cards in this grade have sold for; indicating either that it has a slight edge on other cards of its grade or some overzealous bidding. In all nine other Joe Jackson cards are known at this grade.

Bell was one of the great players of the Negro League, which was made up of black and Hispanic teams. The league was formed due to baseball’s rigidly enforced colour barrier, which remained in place until Jackie Robinson stepped out for the Brooklyn Dodgers in 1947.

The Stars dominated the leagues between 1928 and 1931, winning three pennants. Bell was one of the keys to their success.

He’s rated as one of the fastest players ever to take to the field, a factor that proved devastating for the opposing team when combined with his .337 batting average.

Fellow player Satchel Paige said of Bell: "Once he hit a line drive right past my ear. I turned around and saw the ball hit his ass sliding into second."

Bell was inducted into the Baseball Hall of Fame in 1974, the fifth Negro League player to receive the honour.