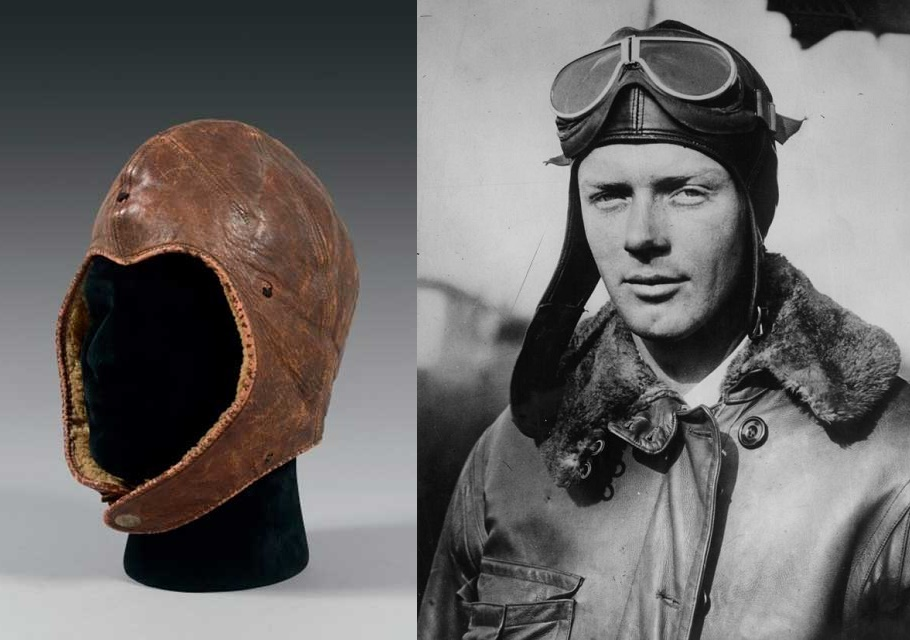 Several hours later he began his approach to Le Bourget Airport on the outskirts of Paris, completely unaware that he was about to become the most famous man on Earth.

According to accounts, Lindbergh initially mistook the landing field for a large industrial complex, with a sea of lights spread out beneath him for miles in every direction. What he actually saw was the "the largest traffic jam in Parisian history", as tens of thousands of people headed for the airfield to witness his arrival.

The moment he touched down, Lindbergh was hoisted from his plane and carried around on the shoulders of the crowd for almost half an hour, during which time a few souvenir hunters snagged pieces of the aircraft’s fabric.

Having also lost his flying cap and a few scraps of clothing, he was eventually rescued from the mob by local police, who dragged him Lindbergh and his plane to safety inside a nearby hangar. Whoever acquired the cap later had a pang of conscience, and it was returned to Lindbergh via the United States ambassador that very same evening.

Despite, or perhaps because of, all the official celebrations, dinners, ambassador’s balls and press interviews that followed his achievement, Lindbergh was seemingly desperate to get back up in the air.

Just a few days later he was granted his wish, when he was presented with a Nieuport fighter plane and authorized to take to the skies above Paris.
Joined by test pilot Michel Détrovat, Lindbergh spent a few hours barrelling around above the French capital, before the pair headed back to Le Bourget to practice air combat manoeuvres.

It was during this practice that Lindbergh lost his flying cap once again, this time in mid-air, and it was later discovered in the garden of a local resident, who kept it in her family as a historic memento for more than 40 years.

It wasn’t until 1969 that the cap resurfaced, on the French TV show Les dossiers de l’écran, in an episode dedicated to Lindbergh. The soft brown leather sheepskin lined helmet was authenticated on the show, and now stands as one of the most significant items of memorabilia from a landmark moment in aviation history.