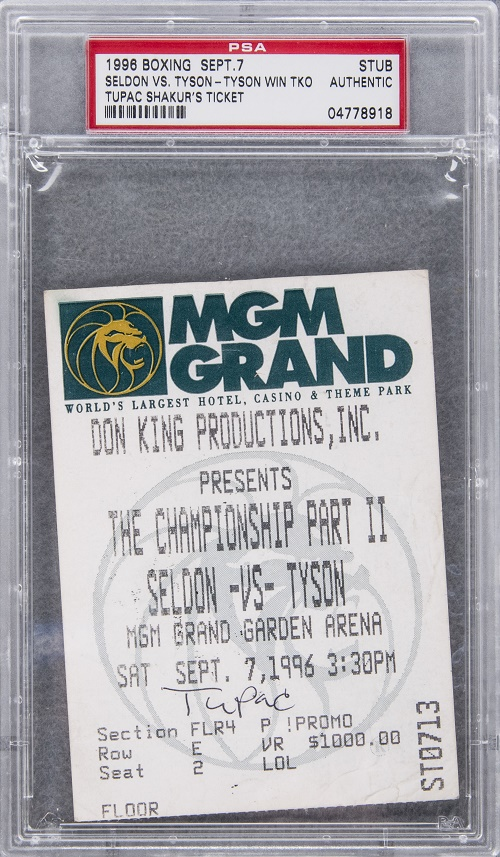 A boxing match ticket used by Tupac Shakur on the night of his murder has sold for more than $20,000 at auction in the U.S.

On the evening of September 7, 1996, Shakur attended a WBA Heavyweight title fight between Bruce Seldon and Mike Tyson, along with his entourage which included Death Row records label boss Suge Knight and several bodyguards.

Following the bout at the MGM Grand in Las Vegas, the group encountered Crips gang member ‘Baby Lane’ Anderson in the lobby of the hotel, and Shakur attacked him in retribution for the robbery of a friend.

Following the assault, Shakur and Knight visited the the Club 662 nightclub, and then set out to cruise the Las Vegas strip in their BMW.

Just after 11.pm, their car was approached by a white Cadillac and several shots were fired – striking Shakur, who was leaning out the BMW sunroof. He was quickly rushed to the University Medical Center, but succumbed to his wounds and died six days later.

The ticket, bearing the handwritten name ‘Tupac’, was offered with an estimate of around $7,500, but achieved a final price of $24,500.

It was one of several items of memorabilia relating to the deceased rapper, which sold as part of Goldin Auctions’ Winter Sale for a combined total of $95,500.

The highest price was achieved by a sexually explicit letter sent by Tupac to a fan simply known as ‘Pac’, apparently in response to a letter he had previously received.

Featuring some highly detailed descriptions of sexual gymnastics, the letter was valued at around $4,000 but sold for $34,300.

There were also strong prices achieved by a collection of four letters, written to associates by Shakur whilst he served time in jail for sexual assault in 1995, which sold for $13,475; and several screen-worn outfits from Shakur’s final film Gang Related, which together sold for more than $19,000. 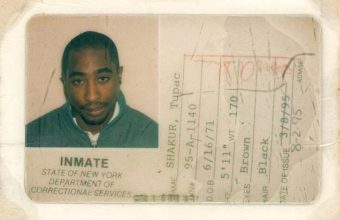