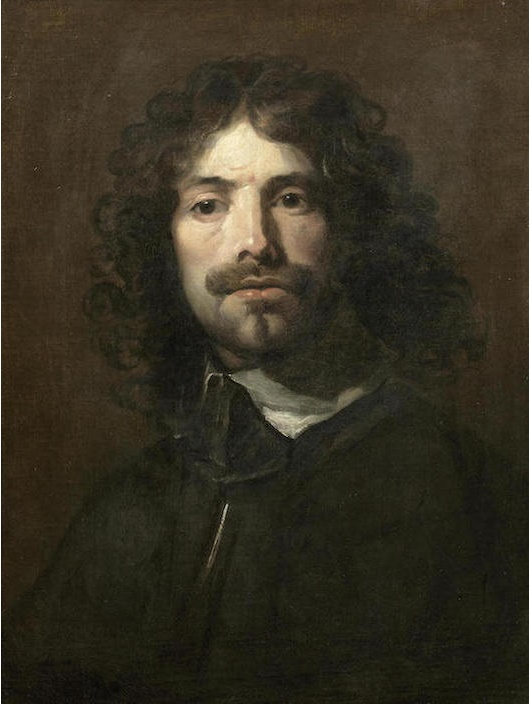 A self portrait by William Dobson, regarded as the "lost genius of British art", will be offered for sale at Bonhams next month.
Dobson rose to fame in the 1640s, when he became the first Englishman to serve as official artist to the Royal Court.

Prior to his appointment, the position had been held by a succession of artists from across Europe, and Dobson was promoted to the role following the death of Anthony van Dyck in 1641.

He found himself serving King Charles I during the English Civil War, one of the most turbulent periods in the nation’s history, and when the Court relocated to Oxford Dobson followed, where he painted striking portraits of the Duke of York, the young Prince of Wales and several leading cavaliers.

Dobson lost his royal patronage in 1646, as the King was imprisoned at the end of the war, and things fell apart for him quickly. He died in poverty in October 1646 at the age of just 36, and decades later was described enigmatically as being "of ready wit, and a pleasing conversation, yet being somewhat loose and irregular in his way of living".

Today around 60 of his paintings survive, and the image of the doomed, romantic, Royalists of the period is entirely down to his artistry. However, unlike many of his contemporaries he remains largely forgotten. According to art historian and broadcaster Waldemar Januszczak, "Dobson’s face should be on our banknotes. His name should be on all our lips."

The self-portrait offered at Bonhams is Dobson’s earliest attributable work, believed to have been painted in the late 1630s, as he struggled to earn a modest living before his royal appointment.

"It is difficult to overestimate the rarity and importance of this work in the history of British art," said Andrew McKenzie, Bonhams Director of Old Master Painting.

"William Dobson was the nation’s first true home-grown master. Before him, art in this country was dominated by painters from overseas and it was Dobson who gave painting in Britain its national character. Not until Hogarth more than seventy years later could we boast such a distinctive and important artist."