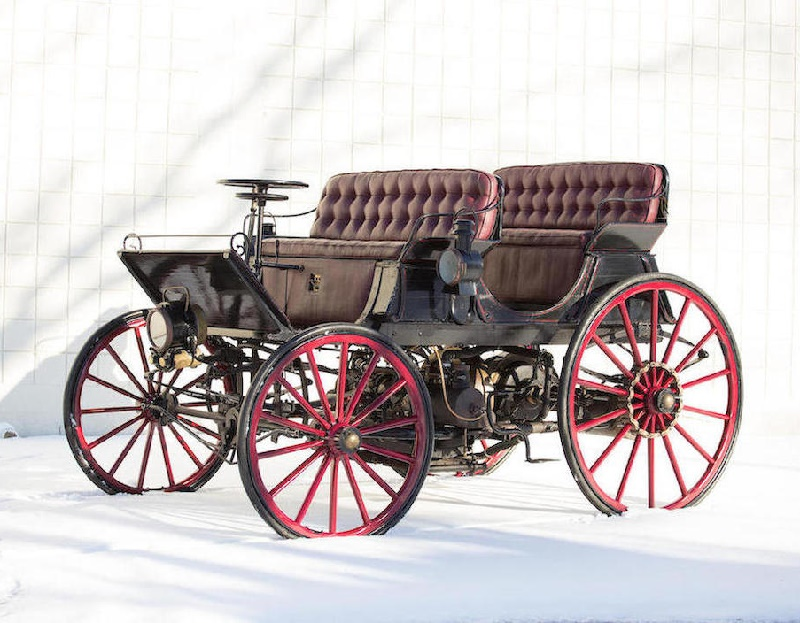 The world’s first hybrid car, built more than 100 years ago, is heading to auction at Bonhams later this week.
The company’s Amelia island sale in Florida will include Armstrong Phaeton Gasoline Electric Hybrid, a unique prototype vehicle built in 1896 – predating the Toyota Prius by over a century.

The vehicle was the brainchild of brainchild of Harry E Dey, an innovative automotive engineer who was an early champion of the electric car. He was hired by the Roger Mechanical Carriage Company of New York to design a new car for the market, and his ambitious creation was then built by the Armstrong Company of Bridgeport Connecticut.

His new car used an electric dynamo as the flywheel of the large, opposed-twin , allowing the engine to not only charge its storage batteries for ignition and lighting, but also rotate the engine for starting.

A new business, the American Horseless Carriage Company, was formed to sell the vehicle, and it was advertised in an edition of Horseless Age magazine in 1896. However, like many new automotive companies in the late 19th century, the American Horseless Carriage Company folded before it produced a single vehicle, and Dey’s prototype spent decades sat in the corner of the Armstrong factory.

In 1963 a long-time employee moved the car to his own garage, after it had been damaged by a flood at the factory, and sat there for a further 32 years until being rediscovered by an enthusiast in 1995.

It eventually passed into the hands of Robin Loder, a U.K-based veteran car expert who set about the task of painstakingly restoring it to fully-working condition before selling it back to an American collector. The final restoration task was completed in 2015, when the carriage-style wheels were reinforced to make the car truly roadworthy.

Now ready for entry into the world’s most famous veteran car events, including the London to Brighton run, the Armstrong Phaeton Gasoline Electric Hybrid is expected to sell for $175,000-$275,000.

"It is likely that this vehicle is the first in history to display many features that would become ubiquitous," commented Bonhams. "There is no question that Armstrong beat Cadillac to the self-starter by a staggering 16 years! There is little doubt that the Armstrong is the oldest vehicle extant using modern style hybrid drive. The Armstrong survives today as an amazing piece of automotive innovation and proves there is nothing new under the sun."