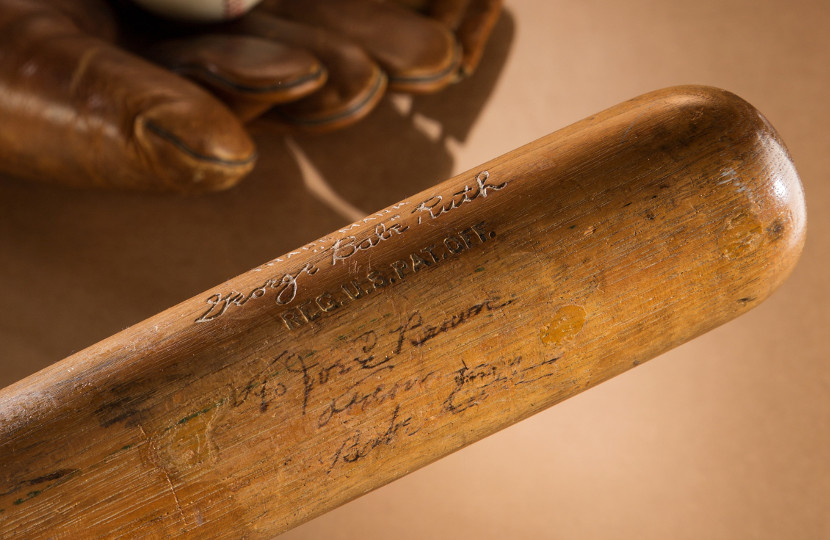 It’s valued in excess of $1m ahead of the May 17-18 sale, which would make it one of the most valuable Babe Ruth bats ever sold. The record is $1.2m, set for the bat Ruth used to hit his first home run in the new Yankee Stadium on April 18, 1923.

The $1m+ figure reflects the importance of this milestone. Ruth’s 60 home runs set a single season record that stood for 34 years.

But there’s some controversy surrounding the consignment.

Heritage (backed by authentication house PSA) states that sometime after the game Ruth gifted the bat to his friend, the comedian and vaudeville star Joe E Brown.

The Baseball Hall of Fame disagrees. It claims that it holds Ruth’s 60th home run bat in its own collection, having been bequeathed it by the sports writer James Kahn in 1939. Kahn claims to have received the bat from Yankees manager Miller Huggins after the game, although he later changed his story to suggest he had been given it by Ruth himself.

What’s certain is that both men did receive Babe Ruth bats. Unfortunately, there’s no definitive way of proving which is genuine. &nbsp;

However, as Heritage Auctions explains: “While some might dismiss the inconsistent reporting of the identity of the presenter of the bat to Kahn, the suggestion that Ruth would have parted with the bat with one last regular season game and the World Series still ahead – or that he would have made a lowly sportswriter the beneficiary of such a monumental treasure – certainly strains credulity.

“The Babe was fiercely protective of his historic bats, and there is nothing in the public record to suggest that his relationship with Kahn was anything more than casual, in sharp contrast to his close friendship with Brown.

“Furthermore, Ruth had a long-established record of presenting historic home run bats to personal friends and dignitaries, always personalizing them to the recipient above his signature. The Brown bat is personalized, while the Kahn bat is not.”

The result rests on which side of the rift bidders come down on. The extensive evidence and the backing of PSA is likely to reassure buyers.