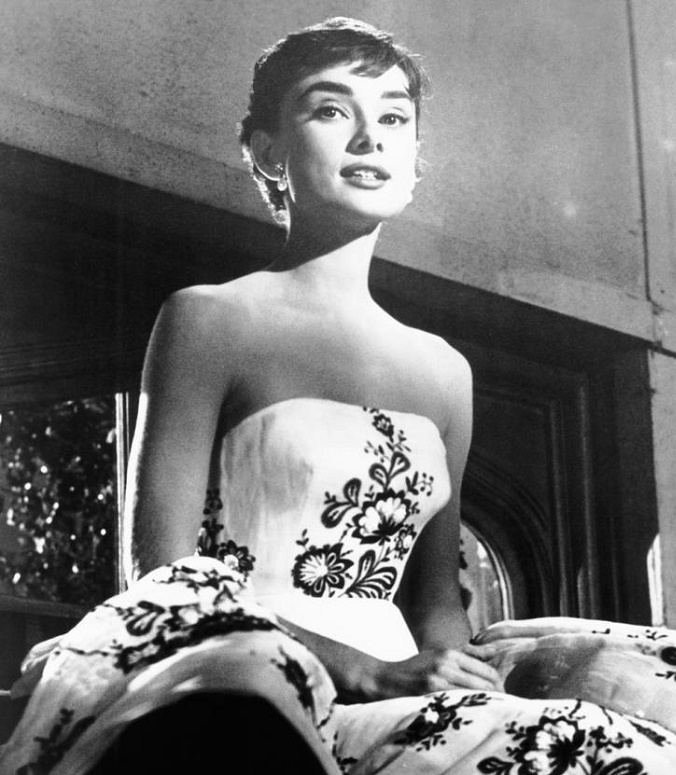 A famous dress worn by Audrey Hepburn will take centre stage at Profiles in History next month, after it was discovered hidden inside a storage trunk.
Hepburn wore the dress in Sabrina, the classic 1954 romantic film in which she starred opposite Humphrey Bogart and William Holden.

For decades the dress was owned by another Hollywood legend, actress Debbie Reynolds, who spent her life assembling one of the world’s finest collections of movie memorabilia.

However, it seems that Reynolds may not have even realized it was part of her collection.

Following her passing in December 2016, just 24 hours after the tragic death of her daughter Carrie Fisher, Reynolds’ collection was consigned to auction with Profiles in History.

Company boss Joe Maddalena had been friends with Reynolds for almost 40 years, and had previously sold items from her collection in three blockbuster sales.

The Sabrina dress was only discovered as Maddalena and his team were cataloguing the last remnants of Reynold’s collection: three trunks discovered in the back of a storage warehouse.

"We had been told it was vaudeville stuff, nothing important. But we had a few hours to kill, so we opened up the trunks and started pulling stuff out," Maddalena told the Hollywood Reporter.

"In addition to some other things, there were a few Mae West costumes, and then a dress that was instantly recognizable.

"There’s just no way that Debbie knew she had this. She purchased so many things over the years, at one point it was just likely forgotten.

"It really is one of the four or five most famous dresses in cinema history, and we almost missed it. If we hadn’t opened those trunks, they likely would have just gone to Goodwill."

The dress is now expected to sell for $80,000 – $120,000 when it goes up for sale on October 8, as part of a joint auction celebrating the lives and careers of both Reynolds and Fisher.

Further highlights from the sale will include Fisher’s personal copies of her Star Wars movie scripts, which could sell for up to $50,000.