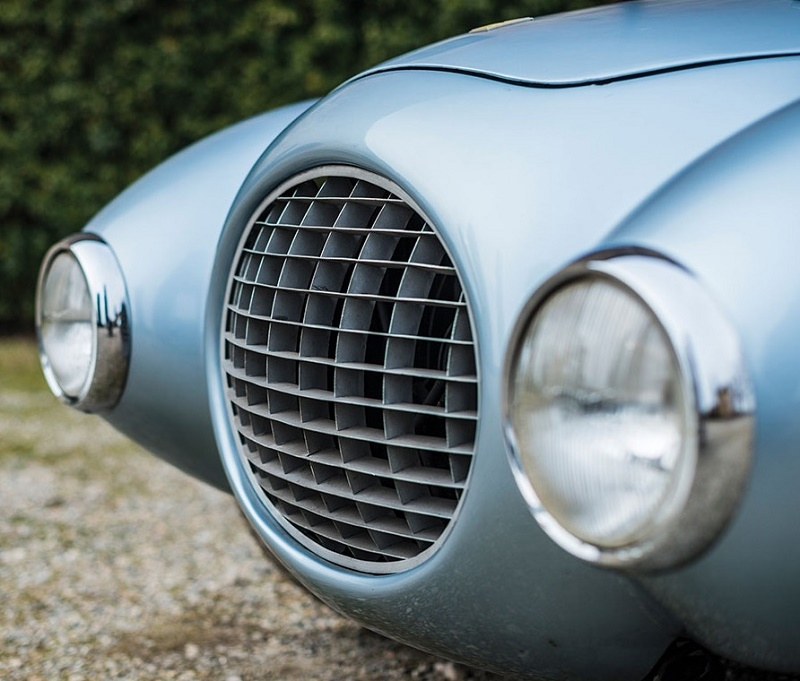 A remarkable, one-of-a-kind Ferrari ‘Uovo’ will be sold at RM Sotheby’s next month, having been hidden from the public for 20 years.
The company will offer the 1950 Ferrari 166 MM/212 Export ‘Uovo’ as one of the star lots of its flagship sale in Monterey, California.

The unique car is expected to sell for $5 – $7 million when it crosses the block in California on August 18-19.

Built with unique coachwork by Carrozzeria Fontana, the car was nicknamed ‘Uovo’ for its egg-shaped design and has been described as "a significant part of Ferrari lore".

The car was originally owned by the 21-year-old Giannino Marzotto, the heir to a large textile fortune and a successful amateur racer who won the 1950 Mille Miglia event driving a Ferrari 195 Sport Touring Berlinetta Le Mans, and wearing a sharply-tailored double-breasted suit.

He believed he could improve on the performance of the car – a claim that annoyed Enzo Ferrari – and commissioned a car for the 1951 season using a Berlinetta chassis and a streamlined body created by the famous sculptor Franco Reggani.

Not only does the car boast one of the most distinctive designs in Ferrari history, but it also comes with an impressive racing provenance.

The ‘Uovo’ was designed with performance in mind, and in 1951 it was entered at the Mille Miglia and the Giro di Sicilia, leading both races until being sidelined by technical problems.

It was then driven to victory at the Coppa Toscana, before returning to Mille Miglia in 1952, and was campaigned at numerous events in Italy and California throughout the 1950s.

The car has remained in single ownership for more than 30 years, having been acquired in 1986, and has remained virtually unseen in public for two decades, aside from a brief appearance at the Museo Enzo Ferrari.

"The opportunities that the Uovo provides its next owner with are limitless," said the auction house. "As it has never been shown at any concours event, it would surely be welcome at the most exclusive concours around the globe, where it would be a clear highlight and award contender for its unique design and incredible history.

"The Uovo is, without doubt, the living expression of one of the greatest personalities of the Italian early fifties racing world."