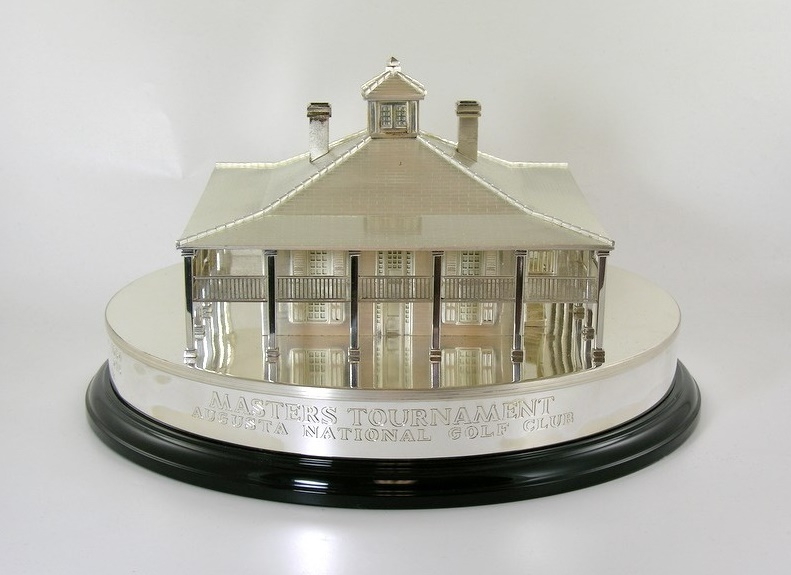 A Masters Tournament trophy presented to golf legend Arnold Palmer has sold for more than $440,000 in the U.S, becoming the second-most valuable item of golf memorabilia in history.
The sterling silver trophy crossed the block at golf specialists Green Jacket Auctions, where it sold for a stunning $444,012.

"Arnie did it again," said Ryan Carey, co-owner of Green Jacket Auctions. "We knew that this was a special piece, but even we were impressed by the level of interest from Arnold Palmer fans.

"Simply put, people love Arnold Palmer. There’s a strong case to be made that Arnold Palmer is destined to become the face of the modern golf collecting hobby."

Palmer himself arranged for the trophy to be the centrepiece for the proposed Bay Creek Hall of Champions museum in Virginia.

However, plans to build the museum were scrapped during the recent financial crisis, and the assembled collection of exhibits was liquidated, including the trophy, which was sold to a private collector.

The sale of the trophy caused controversy, and had been opposed by Palmer’s family, who stated the trophy had only ever been intended for public display.

"It was always Arnold’s intention that this trophy would be placed in an appropriate museum or institution with which he was personally associated," said the family in a statement.

&nbsp;"We hope that the winning bidder in this auction will allow the trophy to be publicly displayed so that it can be appreciated by fans of Arnold Palmer for years to come."

The current record price for any piece of golf memorabilia is $682,229 – set by the green jacket retrospectively awarded to Horton Smith for his two Masters Tournament victories in 1934 and 1936, which sold at Green Jacket Auctions in 2013.