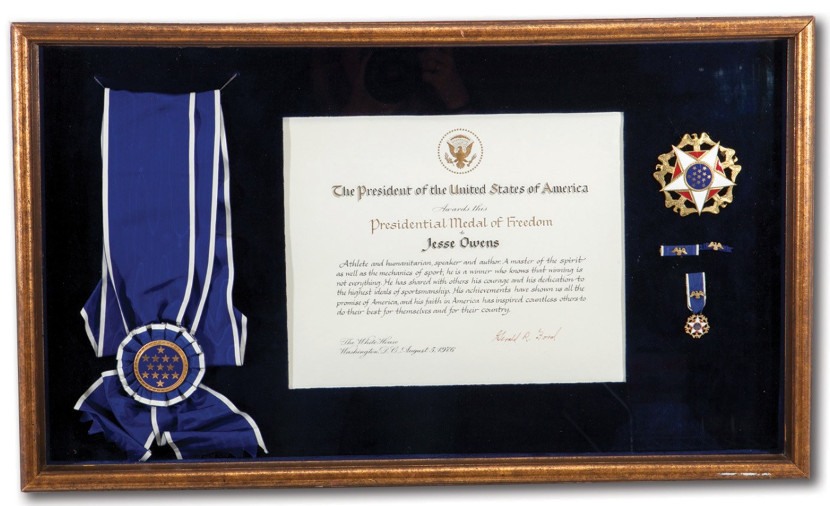 Jesse Owens’ 1976 Congressional Medal of Honor realised $128,617 at SCP Auctions on March 25, more than double the $50,000 starting bid and a record for the medal type.
Owens (1913-1980) was one of the greatest American athletes of all time. The high point of his career came in 1936, when he secured four track and field gold medals at the Berlin Olympic Games.

Germany was under Nazi rule at the time. Owens was black. His victories were deeply embarrassing to the regime, which propagated the lie that black athletes were inferior to whites.

Shockingly, despite this, Owens was in many ways treated with more respect in Nazi Germany than in the US. He was permitted to stay in the same hotels as his white teammates, something that was considered unthinkable in America at the time.

On his return to the US Owens was snubbed by President Franklin D Roosevelt. Owens went on to work a string of odd jobs, making easy cash by racing cocky amateurs and thoroughbred horses.

This medal represents an acknowledgement of Owens’ service to his country 40 years after his Berlin triumph. He was awarded it by President Gerald Ford in a ceremony at the White House.

The medal comes with its original box, along with a certificate that reads: “He is a winner who knows that winning is not everything. He has shared with others his courage and dedication to the highest ideals of sportsmanship. His achievements have shown us all the promise of America, and his faith in America has inspired countless others to do their best for themselves and their country.” 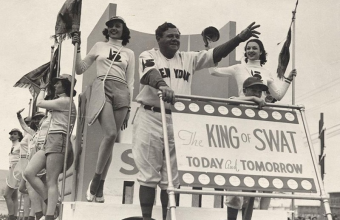 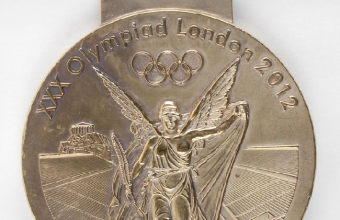 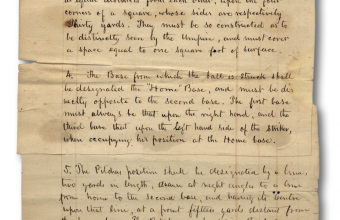 Magna Carta of Baseball’ document sold for $3.2 million in U.S