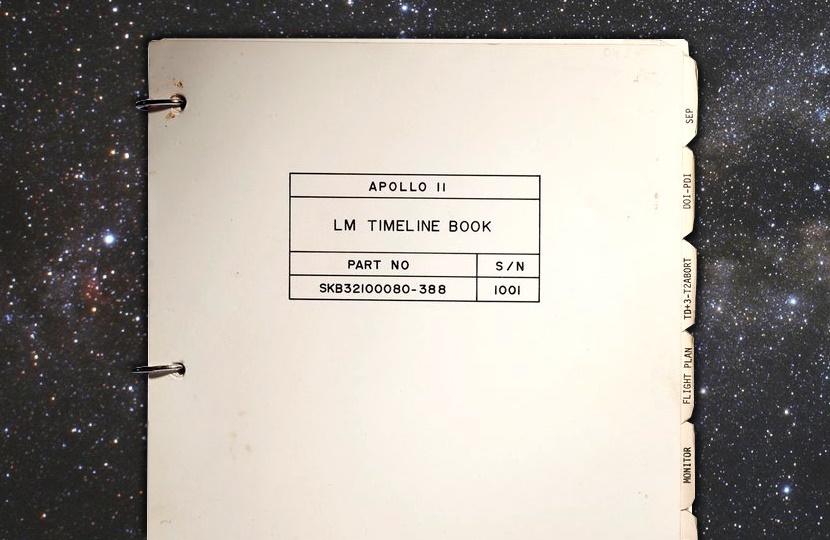 The original Apollo 11 mission manual flown to the moon by Neil Armstrong and Buzz Aldrin will lead a sale of space memorabilia at Christie’s in July.

The document, known as the ‘Lunar Module Timeline Book’, was the most important manual used during the historic lunar landing on July 20, 1969.

It will be offered with an estimate of $7 – $9 million, as part of the Christie’s sale ‘One Giant Leap: Celebrating Space Exploration 50 Years after Apollo 11’, which takes place in New York on July 18.

The Timeline Book sat between Armstrong and Aldrin in the Eagle lunar module, and they referred to it constantly throughout the mission.

It contains approximately 150 handwritten notes which document the entire journey, from the moment they first entered the lunar capsule to their dramatic descent to the surface, and their eventual return to the command module.

These include the first piece of writing ever produced by mankind on another celestial body: the co-ordinates of the capsule, as noted by Aldrin on page 10 upon their landing in the Sea of Tranquillity.

The manual even features traces of lunar dust on some pages, left as the pair transferred their samples of moon rocks from the Eagle to the command module in preparation for the return to Earth.

The manual’s estimate would see it comfortably set a new world record as the most valuable item of space memorabilia ever sold at auction.

The current record was set by the Soviet Vostok 3KA-2 space capsule – the test capsule sent into space 20 days before Yuri Gagarin’s first manned space flight in 1961 – whish sold at Sotheby’s in 2011 for $2.8 million.

The auction record for any item relating to the Apollo 11 mission stands at $1.8 million – set by one of Neil Armstrong’s lunar sample bags, which sold at Sotheby’s in 2017.

“Over 400,000 Americans were employed by NASA and its contractors to make this mission possible,” said Christina Geiger, Head of Books & Manuscripts. “However, during Eagle’s voyage itself, Armstrong and Aldrin were profoundly alone.

“There is no video recording of them and only imperfect audio recording. This book is a unique witness to the first manned lunar landing, arguably the most glorious adventure of all time. We are overjoyed to be given the opportunity to offer this global treasure at auction.” 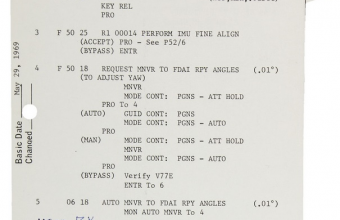