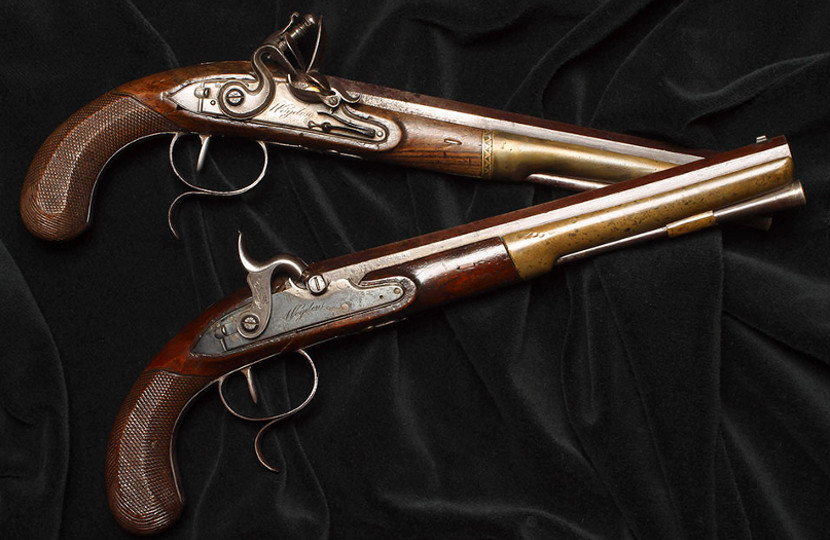 The Wogdon duelling pistols used in the fatal duel between founding father Alexander Hamilton and sitting vice president Aaron Burr will be displayed in Washington.

They can be seen at the Smithsonian’s National Postal Museum in Washington, DC until June 24.

The two men had long detested one another, but after Hamilton allegedly insulted Burr at a gathering a duel became the only way the two men could save face. A date was decided. June 27, 1804.

Hamilton made the decision to aim away from Burr, making his intentions known in a pre-written statement released after his death. However, as the two men squared off on the remote riverbank in New Jersey, Burr raised his pistol and fired – fatally wounding Hamilton.

While duels had been common only a few years before, by 1804 they were on the way out. Burr soon found himself wanted on a murder charge in New York and New Jersey. He’s the only vice president (to date) to be accused of this crime.

After the killing Burr fled to South Carolina, although incredibly he was allowed to return to complete his vice presidential duties.

It’s a little known fact that Hamilton, first secretary of the US treasury from 1789-1794, was also responsible for America’s small but growing postal department.

“History remembers Alexander Hamilton as the pioneering first secretary of the treasury, but he was also responsible for the Post Office Department,” explains Daniel Piazza, chief curator of philately at the museum. “He used the mail to collect import and export data from customs officers all over the country, and his ability to interpret this data made Hamilton the best informed member of Washington’s first Cabinet.”

The pistols belonged to John Barker Church, Hamilton’s brother in law. The Chase Manhattan Bank acquired them for an undisclosed sum in 1930. They have been on loan to the Smithsonian since. 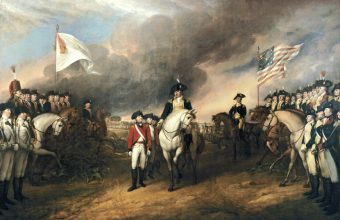 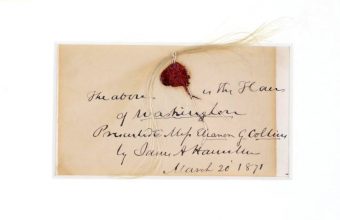 Lock of George Washington’s hair sold at auction for $35,000