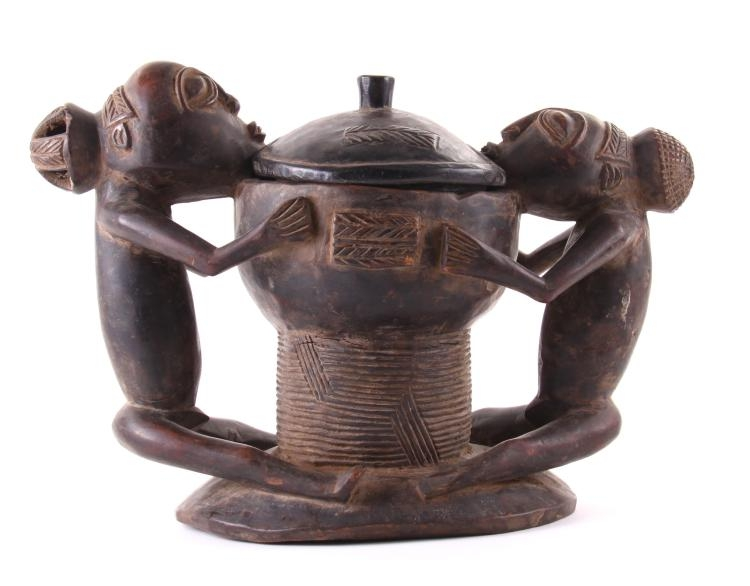 Pangaea Auctions’ Museum Collection sale features a treasure trove of African tribal artifacts.
And with several items estimated to sell for between $3,000 and $6,000, this is an opportunity for collectors to pick up some bargains.

Among the most striking pieces in the February 20 sale is a divination bowl from the Yoruba people of Nigeria and Benin.

Known as an Ajere Ifa, the bowl stored palm nuts for use in religious ceremonies. This example is typical of the Yoruba’s intricate craftsmanship. Its good condition is remarkable considering its age; it is thought to be 17th or 18th century.

It was acquired between 1910 and 1930, as were several leading pieces in the sale, including a rare antique tribal mask from the Ivory Coast. The wooden mask is believed to be 18th or 19th century. &nbsp;

A Luba caryatid wood stool is another standout lot. Stemming from the Luba Empire (1585-1889) in what is today the Democratic Republic of Congo, it is thought to be 18th or 19th century.

The most valuable item in the sale is not an African artifact, but an 1880s oil on canvas by Francois Brunery.

Known for his anti-clerical artworks, there isn’t a clergyman in sight in Brunery’s depiction of Venice: Vue le long d’un canal a Venise.

Elsewhere in the sale is a selection of Chinese and Japanese ornaments, including a 19th or 20th century amber, carved snuff bottle, which has a $300 estimate.

The auction takes place in Carson City, Nevada. Never was the phrase "something for everyone" more apt.