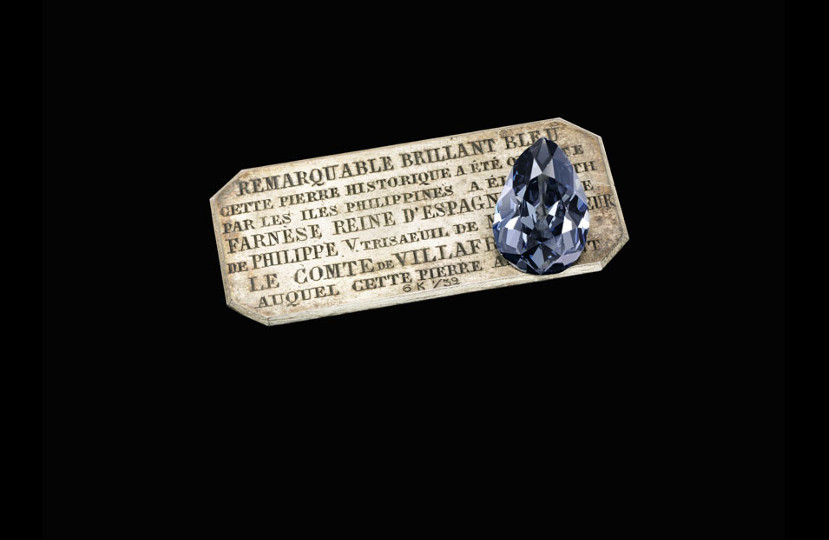 The Farnese Blue, a legendary Indian 6.16ct blue diamond, soared past its estimate in Sotheby’s Magnificent Jewels and Nobel Jewels sale in Geneva last night (May 15).
It made $6.7m, a significant amount over the $5m it was valued at in the run-up to the auction. This is the first time it has been sold publicly.

It’s a stone with a unique history. Over the centuries it has been passed among some of the most influential European royalty families.

It’s named for Elizabeth Farnese (1692-1766), the wife of Philip V of Spain, and was brought over to Europe from Cuba as part of a fabulous wedding dowry in 1715.

A fleet of 12 ships left the island in July 1715, laden with gold, jewels and precious stones. Unfortunately for Farnese (and the Spanish economy) most of the ships were wrecked in a storm in the Florida Gulf. Treasures still wash up along Florida’s east coast from time to time.

The ship carrying this stone as part of its cargo was the sole survivor. In the years hence it has followed Elizabeth’s descendants. At one time it belonged to the Archduchess Maria Anna of Austria (1882-1940), who had it mounted as the centrepiece of a tiara during the glory days of the Austro-Hungarian empire.

As David Bennett, chairman of Sotheby’s international jewellery division, said prior to the sale: “It is difficult to put into words the excitement of holding between thumb and forefinger a gem discovered centuries ago, knowing it originated in the legendary Golconda diamond mines of India.

“This stone has witnessed 300 years of European history, and in colour is reminiscent of historic Golconda blue gems such as the Hope diamond.”

Other highlights of the sale included an enormous, flawless 51.71ct white round diamond discovered in Botswana that realised $8.1m.