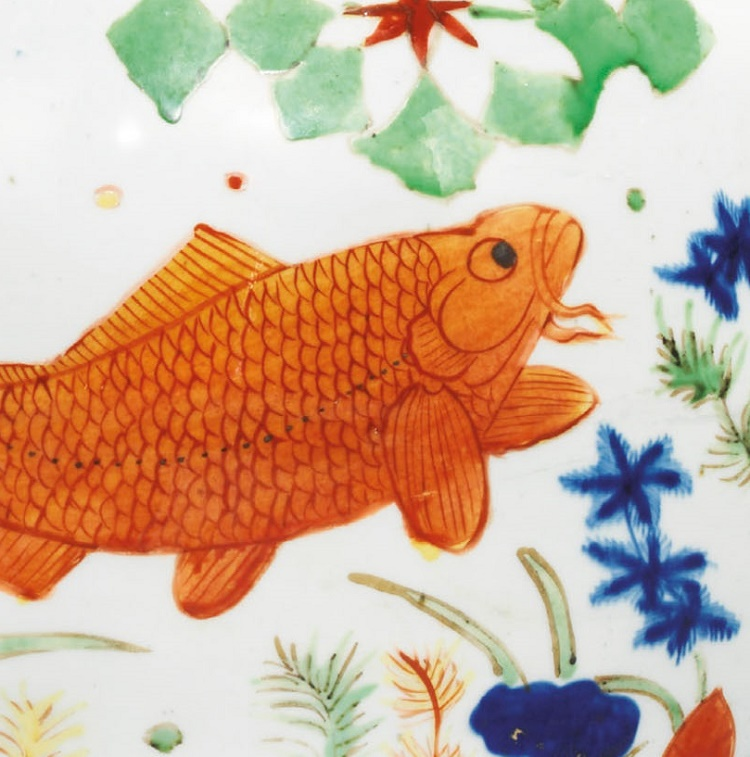 A 500-year-old Chinese porcelain jar sold for a remarkable $27.39 million in Hong Kong this week, at a Christie’s sale dedicated to imperial treasures of the Ming Dynasty.
The highly rare and important Wucai ‘Fish’ jar was decorated with eight golden carp amidst floating aquatic plants, and retained its original domed cover.

It also featured the mark of the Jiajing Emperor, the 11th emperor of the Chinese Ming dynasty, who ruled from 1521 to 1567.

According to auction records, just three other examples complete with their covers had ever been offered at public sale.

"Under the influence of the Eastern Renaissance, innovative techniques and new perspectives blossomed, which are perfectly embodied in the Wucai Fish Jar and Cover."
For centuries, Wucai fish jars were considered among the most desirable of all Chinese porcelains.

Just a handful of original examples are known to exist, with the majority owned by major institutions including the Imperial Palace Museum in Beijing, the National Museum of China and the Asian Art Museum of San Francisco.

Back in February 2017, another Wucai Fish Jar crossed the block at Fellow’s auctioneers in the U.K.

The auction house had initially believed the jar – missing its original cover – was a 20th century copy worth around $2,000.

But even without being fully authenticated, it still attracted the attentions of collectors from around the world, and eventually sold to an anonymous bidder for $1.08 million.