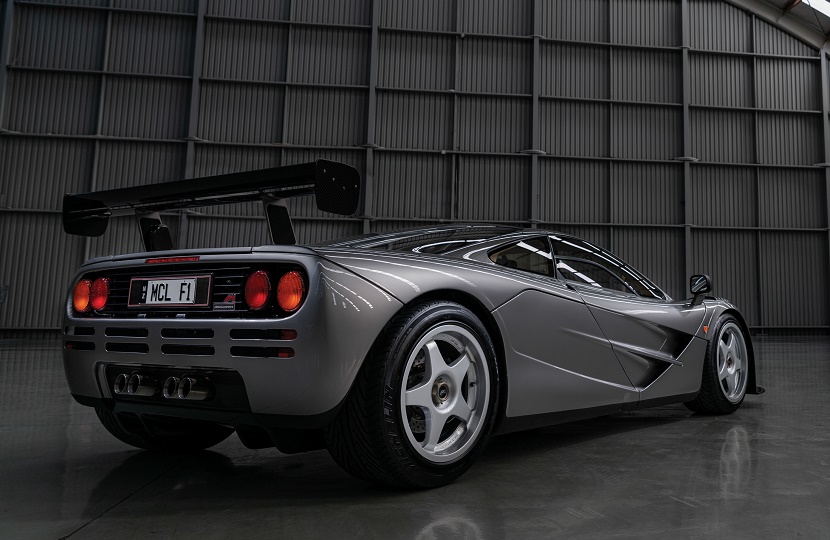 RM Sotheby’s are set to auction one of the world’s greatest supercars, the McLaren F1, as part of their hotly anticipated auction in Monterey, California.

The F1 has been described as “the greatest automobile ever created”, and is expected to sell for more than $20 million when it hits the auction block on August 15-17.

“The McLaren F1 is the ultimate supercar and has long been regarded as the benchmark by which all others are compared,” said Alexander Weaver, Car Specialist at RM Sotheby’s.

“No other car stirs more emotions and evokes more excitement. The level of ownership exclusivity and ‘holy grail’ admiration associated with the F1 is second only to the Ferrari 250 GTO.”

In total just 104 McLaren F1s were ever produced in various configurations between 1992 and 1998, and only 64 of those were road-legal machines.

Upon its release the car was instantly hailed as an instant classic, with Autocar claiming “The F1 will be remembered as one of the great events in the history of the car, and it may possibly be the fastest production road car the world will ever see.”

Although the F1 was originally designed and built as a road car, modified racing versions were soon hitting the track, and in 1995 McLaren won the prestigious 24 Hours of Le Mans race at its first attempt, with five F1s placing 1st, third, fourth, fifth and 13th respectively.

Of those five, three were immediately snapped up by the Sultan of Brunei, with the fourth now owned by fashion designer Ralph Lauren, and the fifth by an anonymous U.S collector.

The likelihood of those five cars appearing on the market anytime soon is slim, to say the least, and they have been described simply with the term “unobtanium”.

However, McLaren also took two of the original F1s and upgraded them to LM specification at the factory, fitting them with High Downforce Kits and the incredibly powerful F1 LM racing engine.

Not only were these two cars as quick and powerful as the original five F1 LMs, but they were far more luxurious, as they included their original road car interiors.

These two cars – serial #073 and serial #018 – are the closest most people will come to owning an original McLaren F1 LM.

And when we say “most people”, we essentially mean anyone who isn’t the Sultan of Brunei, but that can still afford to drop more than $20 million on a car.

Back in 2015 RM Sotheby’s sold the first of those two cars, serial #073, at their Monterey auction for $13.8 million – and now that price looks like a bargain.

But as one of the finest-known examples of the world’s greatest automobile, it looks unlikely that the McLaren F1 ‘LM-Spec’ will have a shortage of bidders.