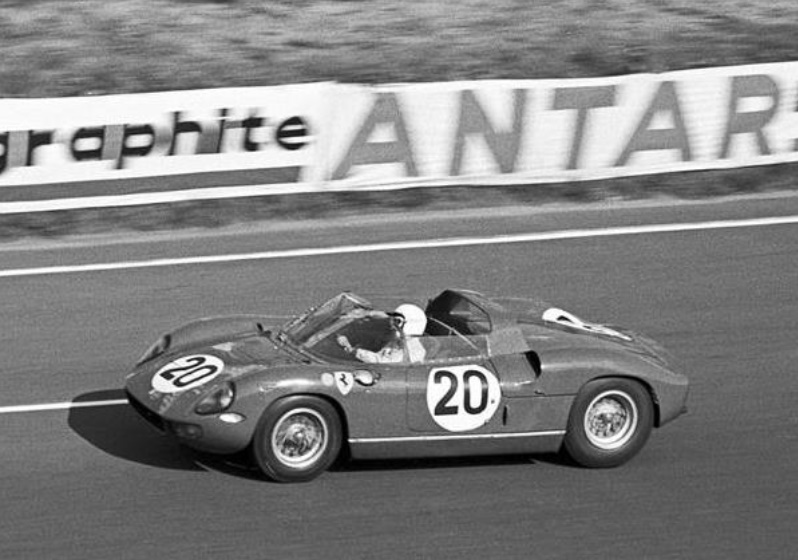 A Ferrari which won the 1964 Le Mans 24 Hours Race is set to fetch an eight-figure sum when it hits the auction block in Paris next year.
French auction house Artcurial will offer the 1964 Ferrari 275 P #0816 from the collection of renowned car collector Pierre Bardinon.

The historic Ferrari has been described as "one of the most significant cars ever to come to auction", and is expected to fetch more than €30 million

The car was driven to victory in 1964 by Jean Guichet and Nino Vaccarella, marking the eighth and final time that the Ferrari works team won the race outright.

It was then acquired by Bardinon, and has remained hidden from public view ever since.

Pierre Bardinon, heir to a French leather and fur empire, was one of the first collectors to develop a taste for important race-winning Ferraris.

He began collecting them in the mid-1960s, searching the world for the most historic examples, and even built himself a private racetrack next to his family chateau in Mas du Clos.

His collection was so exceptional that when Enzo Ferrari himself was asked about building a Ferrari museum, he replied that one already existed at the home of Pierre Bardinon.

"Artcurial motorcars is proud and delighted to present for sale the last works Ferrari to have won the most mythical endurance race in the world," said Matthieu Lamoure, managing director of Artcurial Motorcars.

"This car represents the ultimate and the truly exceptional. It has reached the summit of sports car racing worldwide. To look at this automotive masterpiece, is to look at the best and most prestigious racing provenance. It radiates the DNA of success."

The Ferrari will be offered as part of Artcurial’s Retromobile auction in Paris on February 9, 2018.