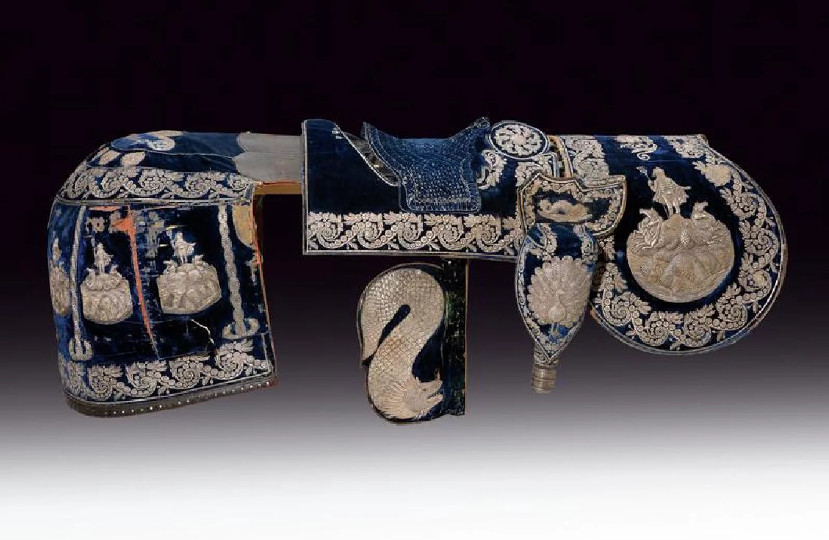 A spectacular 17th century harness is to lead a sale of equestrian history at Czerny’s International Auction House in Sarzana, Italy on March 23.
Valued at $24,630-36,945, it’s a serious proposition. There’s an interesting focus on nautical themes in the ornate styling, with a depiction of the ancient Greek sea god Neptune inspired by fountains at the Palace of Versailles.

The quality of the piece marks it out as belonging to a member of the upper classes.

The sale is made up of two collections. One belonged to Rene Francois, curator of the Musee du cheval et de l’eperonnerie d’art in Beaucaire, France.

He acquired a selection of more than 2,000 items connected with the equestrian culture from across the world.

Among the most intriguing lots in the sale is a set of iron conquistador’s spurs made in 17th century Spain that carry an estimate of $4,926-7,389.

The wildly elaborate design is known as an “Espuela Grande” (“Grand Spur”) and is the ancestor to the cowboy style spur popular in Mexico and the south-western states of the US.

As they moved through central America, the conquistadors taught the locals how to craft metal parts in the styles that were popular back home in Spain. The legacy was passed north, making its way to the Native American tribes in the southern United States and later becoming adopted by white Americans.

The fabulously detailed piece was made during the Edo period, sometime around the 19th century.