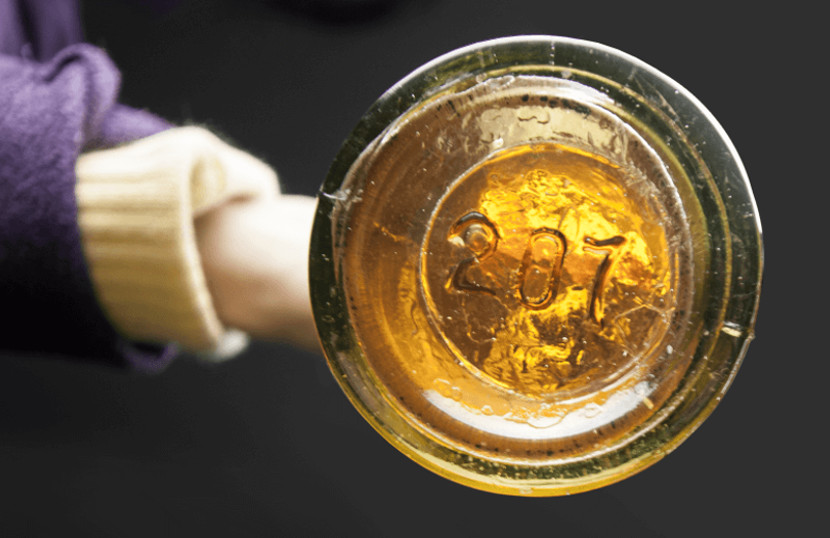 A 150 year old bottle of whisky discovered in the wall cavity of a 19th century house in Toronto is being offered for auction by the Canada-based Prins Beverage Group (PBG).
Pre-bidding is open until April 30, when the bottle will move to auction. Estimated at upwards of $130,000, it looks set to become one of the most valuable bottles ever sold.

What was a bottle of whisky doing in a Canadian wall cavity you ask? It seems that Scottish settlers to the Great White North liked to christen their newly built homes with a taste of the old country.

This bottle is marked Dew of Ben Nevis and originates from the Ben Nevis distillery in Fort William, Scotland (founded 1825).

Niclas Prinz, president of PBG, said: “We are thrilled to be able to share this piece of history with the world. The Ben Nevis Distillery is one of the oldest licensed distilleries in Scotland and anyone who obtains this rare bottle will memorialize their fine spirit tradition.”

As an interesting aside, the cap of the bottle is etched with a crown. Ben Nevis whisky started to carry the royal mark following a visit from Queen Victoria in 1848. She brought a huge cask of this choice libation back to Buckingham Palace with her, cracking it open on Edward VII’s 21st birthday.