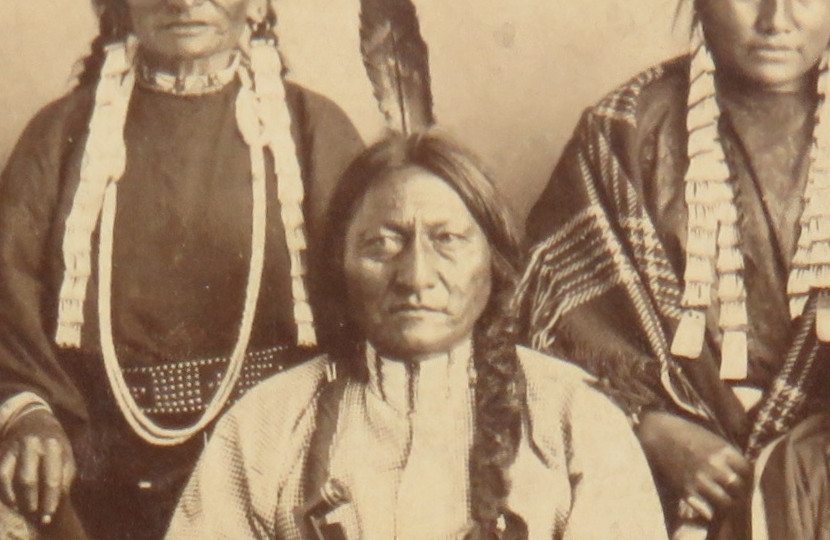 An extraordinary signed photograph of Sioux chief Sitting Bull with his family is set to headline the April 26 online sale at One of a Kind (OAK) Auctions).
The image is valued in advance of $18,000 and dates to 1881, five years after Sitting Bull’s astonishing defeat of General Custer at the Battle of Little Bighorn. It was taken at Fort Randall, following his surrender to the US government.

The following year Sitting Bull would embark on the first of a series of appearances at theatres across the US. This would be the prelude to his secondary career with Buffalo Bill’s Wild West show.

While Sitting Bull’s autograph is rare enough, signed photographs are near unheard of – particularly specimens dating to the years before his show business career.

Meanwhile, a share certificate for the Ford Motor Company of Canada signed by its legendary founder Henry Ford is valued in excess of $20,000.

The lot is circa 1907-1908, dating it to around the time the Model T Ford first rolled off production lines. While this wasn’t Ford’s first motor car, it was the first to be mass produced and made truly affordable for a majority of American workers.

Ford was the first company to introduce the production line, which made manufacturing much more efficient and allowed it to produce more cars in less time. This brought the price down massively, kick-starting a boom in the American car industry.

A clipping of Marilyn Monroe’s hair, kept by her hairdresser Kenneth Battelle, is valued at upwards of $8,000.

Battelle worked for the star between 1958 and 1962. During that time he made up several of these boxes, which he gave out as gifts to friends.

OAK Auctions achieved $10,177 for another of Battelle’s boxes in 2016. This lot is of a similarly high quality and is likely to achieve a figure in the same region.