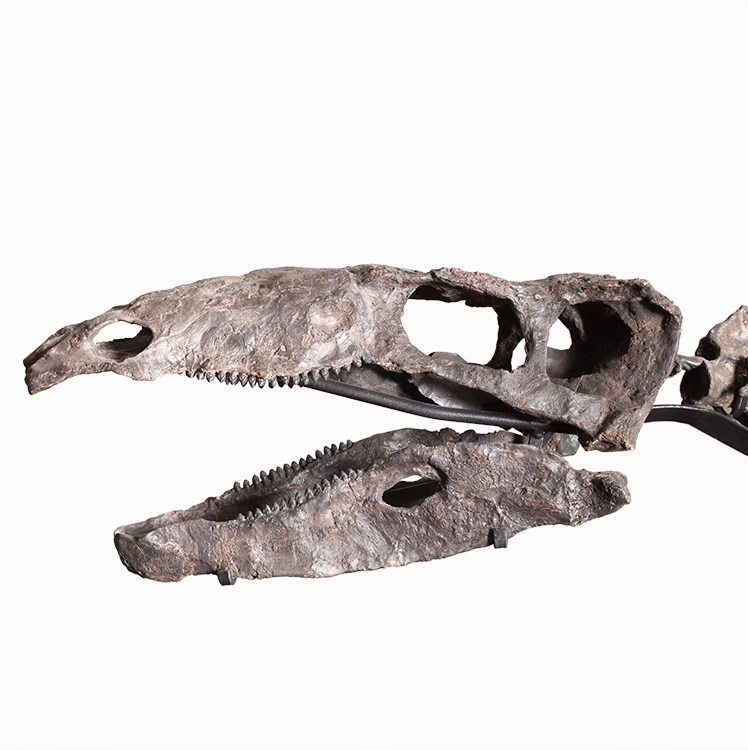 A 150 million-year-old stegosaurus skeleton will be the star attraction of a special online auction later this month.

Entitled ‘Nature at Home – Prehistorical fossils and minerals’, the sale will be hosted by Germany’s leading auction house Auctionata, in conjunction with the REDGALLERY in Hamburg, which specializes in unique items of natural history.

With its large armoured back plates, combined with a tail tipped with large spikes, the Stegosaurus –which means "roof lizard" or "covered lizard" – is one of the most recognized types of dinosaur.

The remarkably-preserved skeleton measures seven meters long, and dates back to the late Jurassic era. It was discovered in 2010 in Wyoming, one of the world’s most fertile hunting grounds for fossils, and consists of over 90% original bone material with extremely high surface quality.

Despite first being identified during the late 19th century, a lack of complete skeletons meant that most natural history museums were unable to display examples until the mid-20th century.

To date many major institutions exhibit composite skeletons, making the 90% complete example on offer at Auctionata a highly rare and scientifically important discovery.

"I am excited to see how the auction format with Auctionata’s modern technology will work out and how bidders around the world will take the opportunity to acquire objects that are many million years old,” said Andreas Guhr, owner and founder of the gallery, who has more than 45 years experience in the field.

The specimen, which comes complete with the original report of its excavation from the Eastern Bighorn Mountains, is estimated to sell for €2.4 million ($2.73 million).

Further highlights from the sale, which seeks to "blur the lines of science, art, and interior", include a monumental, 180 million-year-old Ichthyosaurs in a slate matrix, estimated at €80,000; a pair of exceptionally large amethyst geodes from Brazil, valued at €38,000; and a display section of 220-million-year-old petrified wood from the Triassic period, estimated at €14,000.

The auction takes place in Berlin on Saturday May 28, with live streaming available through Auctionata’s website.