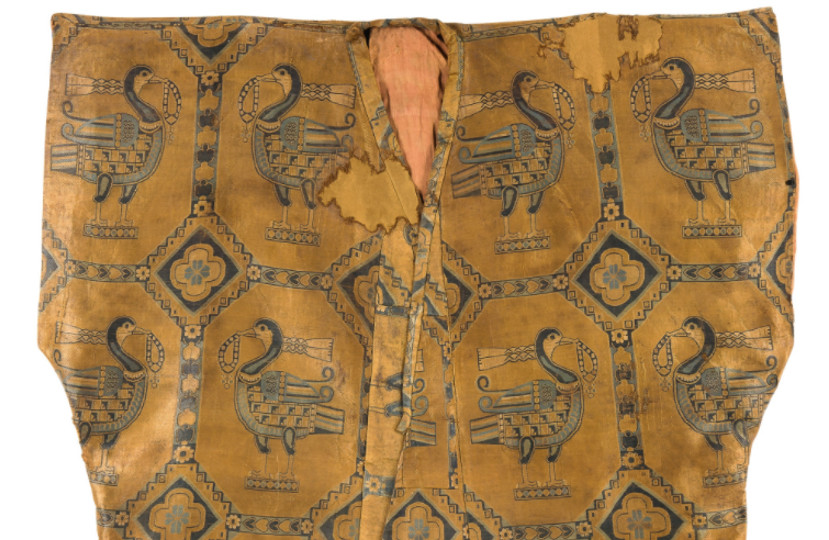 At its height, the Sogdian Empire (6th century BC to 11th century AD) occupied a swath of territory stretching between modern day Uzbekistan, Tajikistan and northern Afghanistan.

That placed them at a key point on the Silk Road, the main trade route from the Far East to the west. The Sogdians grew incredibly wealthy as traders and middlemen. Their close proximity to China gave them access to the finest silk and they became famous for the quality of their garments, which were often designed to match the tastes of nearby Persia.

This is one such example. The duck motif was a symbol of the Sassanians (the last pre-Islamic rulers of Persia) and would certainly have been made for a member of the nobility given its very high quality.

You will not be surprised to learn that it’s extremely rare for silk to survive this long.

Alexandra Roy, deputy director of Sotheby’s Middle East, said: “There are hardly any of these garments outside museums, and the condition of this one is extraordinary – they were known and coveted as cloth of gold and although it is entirely woven of silk, after 1,000 years it still really does look as if it was made of real gold.”

This piece has been carefully looked after for many generations. Minor wear to the armpits and belt area indicates that it was worn at one time.