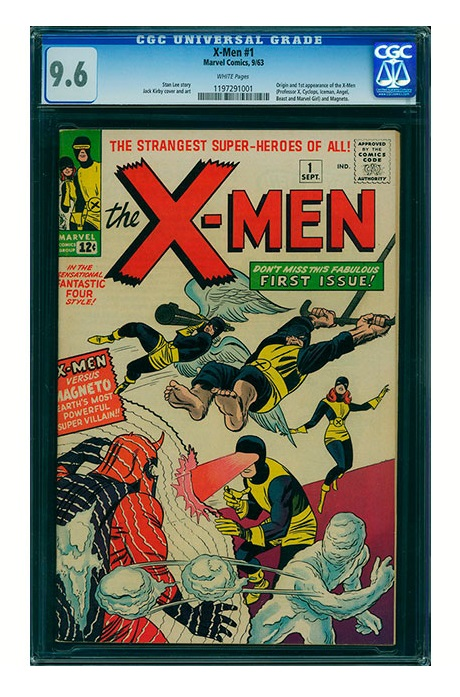 “X-Men #1 is a desirable comic book in any state, but the higher the condition, the fewer there are,” said Josh Nathanson, president of ComicLink.

“With only five known examples in 9.6 condition or better, there’s no mystery about the issue’s scarcity. Everyone in the business knows how many are out there, and there’s far more demand than supply, so it’s reasonable that an investor would pay $350,000 to own one of the five best.”

The X-Men series has long been one of Marvel’s most popular and biggest-selling titles, and the successful movie franchise has boosted that popularity in recent years. This, in turn, has increased the value of the original vintage comic books, as collectors have look towards key titles from the 60s as important cornerstones in the history of the medium.

“My own opinion is that the best days for vintage comics are still ahead,” said Nathanson. “A comic book fan base can cross several generations and keep building, especially if there’s a movie franchise based on the characters. We expect to see another spike in demand for X-Men comics when the film ‘X-Men: Apocalypse’ opens this Memorial Day weekend.”

Nathanson is also one of many experts who have seen the values of rare books like X-Men #1 rise in times of economic uncertainty.

“When the stock market takes off, the prices on certain comics level off, but when the market is more volatile and turns down, money comes out of the market and needs someplace to go,” said Nathanson. “People start looking for reliable alternative investments, like rare comics. It’s happened enough times, now, that we can identify the pattern.” 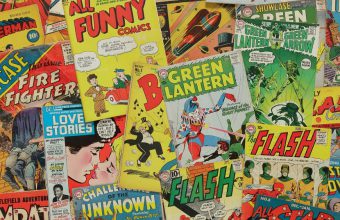 Collection of every D.C comic book ever published to sell at Sotheby’s