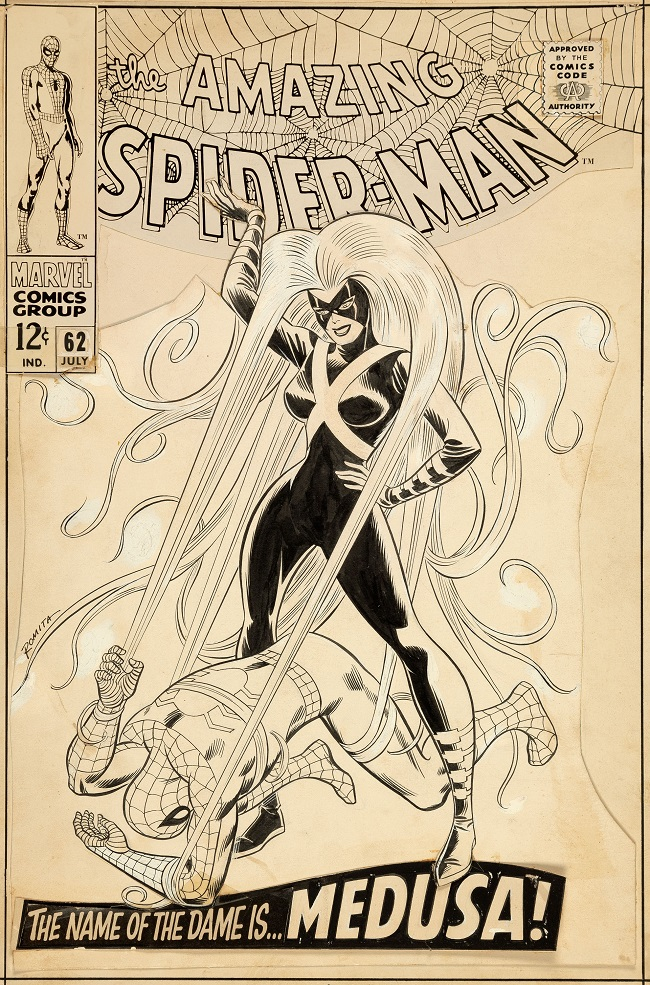 The most recent Heritage sale of comic books and artwork saw countless rare original covers and pages snapped up by eager collectors.
Leading the artwork on offer was John Romita Sr.’s original 1968 cover art for The Amazing Spider-Man #62.

The work was one of Romita Sr.’s rarer large format works, depicting a battle between Spider-Man and Medusa of the Inhumans, appearing outside the X-Men series for perhaps only the second time.

“It’s been years since we’ve sold a large Romita Spider-Man cover, and after our last such sale many a collector lamented the mistake of not having bid more aggressively,” commented the auction house, prior to the sale.

This time round there was no such problem, as the rare work saw competition from 26 different bidders on its way to a strong final price of $179,250.

Also attracting attention was Wally Wood’s original cover for Daredevil #9. Dating from August 1965, the work was the earliest Daredevil cover ever offered at Heritage and the first by Woods, regarded as one of the finest comic book artists of his era. With more than 20 bidders vying for the cover, it eventually realized $149,375.

Further notable lots included Todd McFarlane’s original 1988 cover art for Amazing Spider-Man #309, which sold for $54,970, and the covert art for Marvel Fanfare #1 by Michael Golden, featuring the team-up of Spider-Man and The Angel (against a giant pterodacty!) which fetched $45,410. 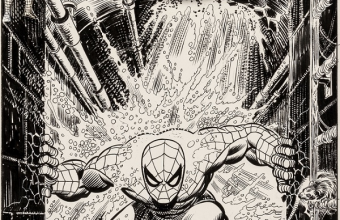